The festival is celebrated on the eighth day (Ashtami) of the Krishna Paksha (dark fortnight) of the month of Bhadrapada (August–September; However, in both traditions it is the same day. So, we have works like Vishnudharmottara Purana saying Krishna Ashtami is in the Bhadrapada month and Skanda Purana stating that it falls in the month of Shravana) in the Hindu calendar. Rasa lila, dramatic enactments of the life of Krishna, are a special feature in regions of Mathura and Vrindavan, and regions following Vaishnavism in Manipur. While the Rasa lila re-creates the flirtatious aspects of Krishna's youthful days, the Dahi Handi celebrate God's playful and mischievous side, where teams of young men form human towers to reach a high-hanging pot of butter and break it. This tradition, also known as uriadi, is a major event in Tamil Nadu on Gokulashtami. 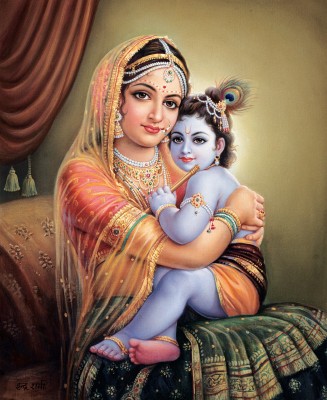