Posted/Updated on January 26, 2013
by Srinivasa Rao M
In India, 'Republic Day honours the date on which the Constitution of India came into force replacing the Government of India Act 1935 as the governing document of India on 26 January 1950.

The date of 26 January was chosen to honour the declaration of independence of 1930. It is one of the three national holidays in India. The main parade takes place in the national capital, New Delhi, at the Rajpath before the President of India. 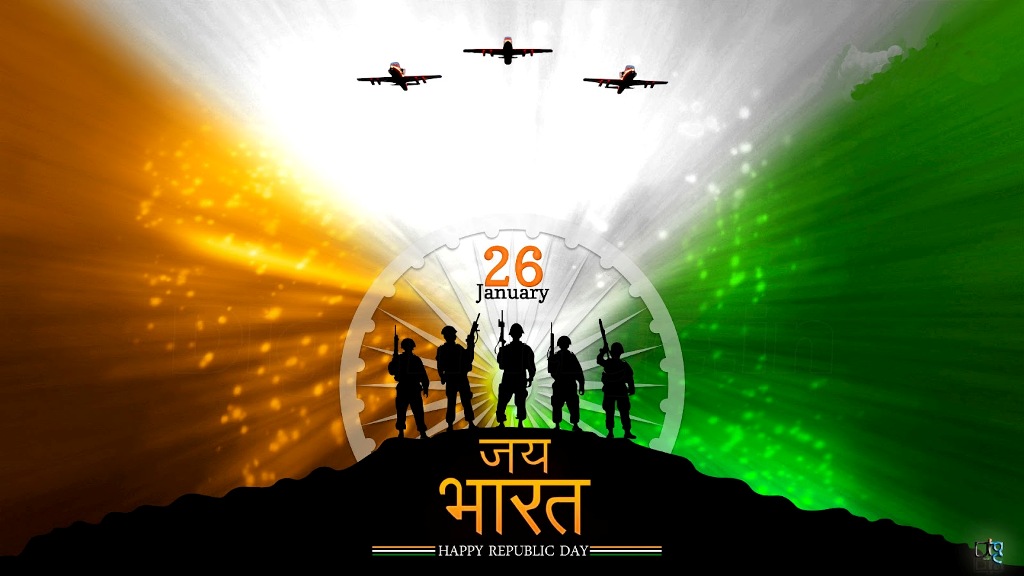 India achieved independence from British rule on 15 August 1947 following the Indian independence movement noted for largely peaceful nonviolent resistance and civil disobedience led by the Indian National Congress. The independence came through the Indian Independence Act 1947 (10 & 11 Geo 6 c. 30), an Act of the Parliament of the United Kingdom that partitioned British India into the two new independent Dominions of the British Commonwealth (later Commonwealth of Nations): India and Pakistan. India obtained its independence on 15 August 1947 as a constitutional monarchy with George VI as head of state and the Earl Mountbatten as governor-general. The country, though, did not yet have a permanent constitution; instead its laws were based on the modified colonial Government of India Act 1935. On 28 August 1947, the Drafting Committee was appointed to draft a permanent constitution, with Dr.B. R. Ambedkar as chairman. While India's Independence Day celebrates its freedom from British Rule, the Republic Day celebrates the coming into force of its constitution.

A draft constitution was prepared by the committee and submitted to the Assembly on 4 November 1947. The Assembly met, in sessions open to public, for 166 days, spread over a period of 2 years, 11 months and 18 days before adopting the Constitution. After many deliberations and some modifications, the 310 members of the Assembly signed two hand-written copies of the document (one each in Hindi and English) on 24 January 1950. Two days later, it came into force.

The grand parade on Rajpath in New Delhi on the 26th of January is the main event of the celebration of India's Republic Day which is a three-day celebration, culminating in the beating retreat ceremony on the evening of the 29th January. The parade showcases India's military might and cultural diversity. 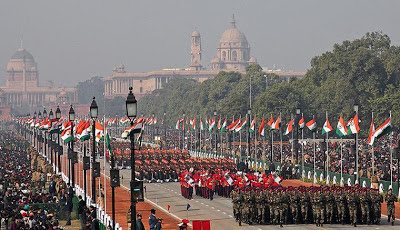 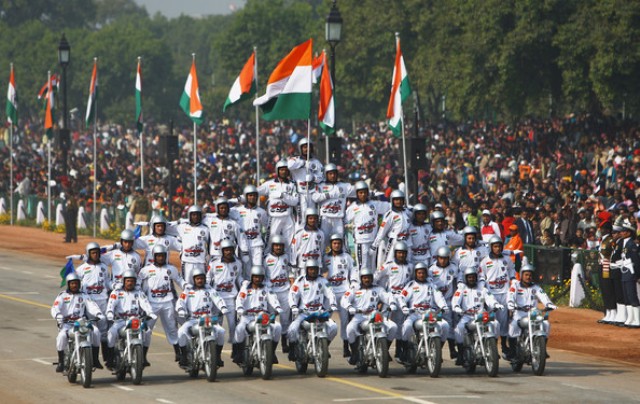 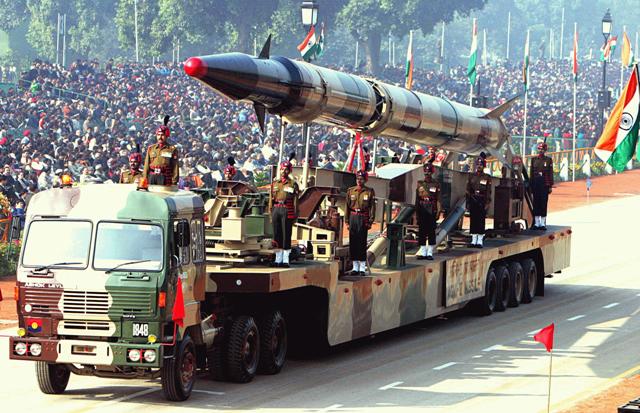