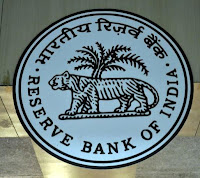 Consumers have the option to download posters of these currency notes, which can be used as reference to identify counterfeit notes.

A documentary film on it can also be downloaded.

The link for this website is available on RBI's main website as well. The site also gives details of the number of fake currency notes detected.

In the past as well, the Reserve Bank has come out with various notifications warning against circulation of counterfeit currency notes.

Referring to the fake currency notes in circulation, the government and police are taking several measures to deal with the menace.