Posted/Updated on November 28, 2011
by Trawel India
The Future 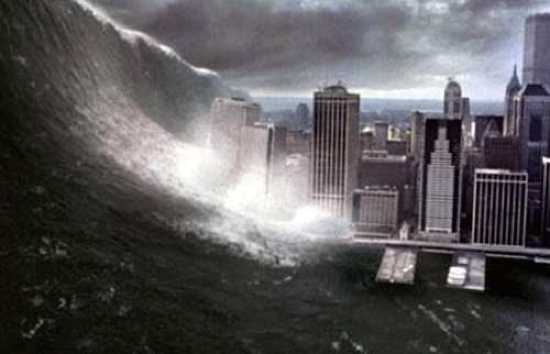 It is well known that the ground beneath Yellowstone National Park in Wyoming is a suitable candidate for a colossal super eruption that could equal the event at Lake Toba, over 70,000 years ago. Geo-hazard expert Bill McGuire has made a study of natural catastrophes and he believes there will be no let up of disasters in the future. Other possibilities he outlines include:
Mega-tsunami: The western coast of La Palma (Canary Islands) is primed to collapse into the sea. When this happens the eastern coastal cities of the USA will be struck by tsunamis 50m high.
Earthquake: Another major Tokyo earthquake on a par with that of 1923 would cause damage totaling $7 trillion, and could trigger a global economic collapse.
Asteroid Impact: A collision with an asteroid 1-1.5 kilometers in diameter would result in the deaths of at least a quarter of the worlds population. The survivors would be hurled back to a level of life consistent with the Middle Ages.
Possible Global Warming: By the end of the century the Earth may be hotter than at any time in the past 150,000 years. No one knows what consequences this would have.
Possible Global Cooling: Just 600 human generations have passed since the end of the last glacial period, but the planet could be priming itself for a return to full glacial conditions – remember, we are currently in an ice age called the Pleistocene glaciation. McGuire believes that all that is needed to induce rapid global cooling is a trigger, and ironically global warming could provide just such a trigger.
But hey, we shouldn’t worry too much. If any of this stuff is going to happen the chances are it’s not likely to be before December 2012!
By Trawel India a la/s November 28, 2011
Newer Post Older Post