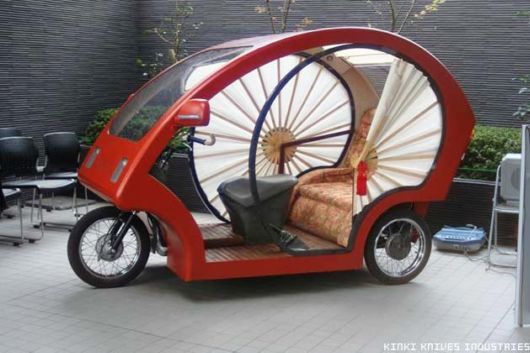 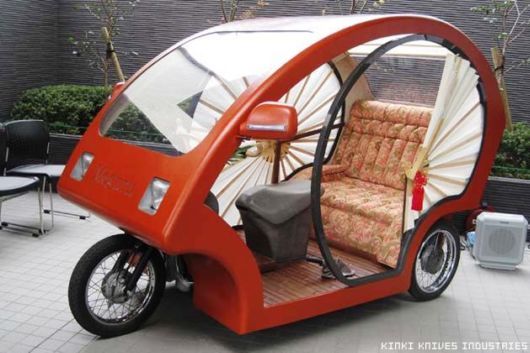 Green wheels:
Everything old is new again for one Japanese manufacturer, which has unveiled an electronic version of a rickshaw.
The "Meguru" is a three-wheeled, three-seat compact vehicle whose single lithium-ion battery allows for a maximum speed and range of 40 kilometers (25 miles) per hour, although the number of batteries could be increased for a longer ride. 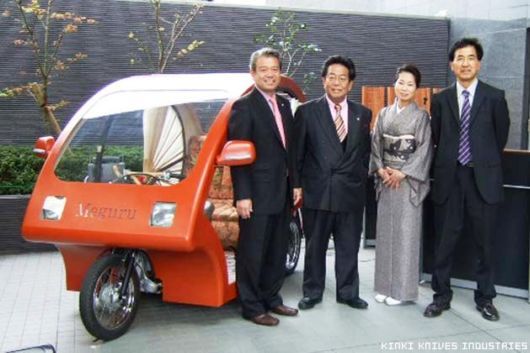 "This is a true environmentally friendly car," said Nobuyuki Ogura, the chief executive officer of Yodogawa Group, which built the vehicle in cooperation with three other small companies in western Japan.
"Instead of an air-conditioner, it comes with a pinwheel, and we are also thinking of adding a wind chime because it gives a refreshing sound to cool you down without the need of electricity," he told Reuters Television. "It doesn't have a heater, but it's equipped with blankets to keep you warm in the winter." 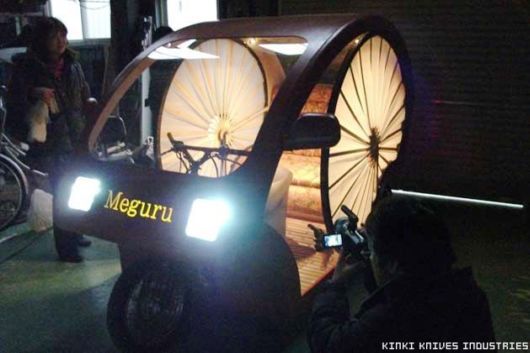 A regular driver's license is required to take the vehicle on the road, but car registration is unnecessary. Devised as part of a project to revitalise small businesses facing economic hardship, the vehicle - which is 2.5 meters (8 ft 2 in) long, 1.2 meters (3 ft 11 in) wide and 1.6 meters (5 ft 3 in) tall - also showcases traditional Japanese crafts. 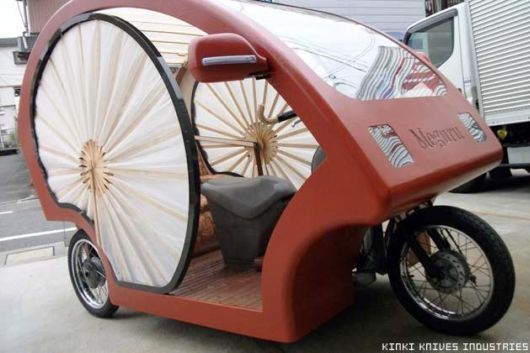 The body is coated in red lacquer, the floor is filled with recycled bamboo, and the retractable "window" has been carefully crafted in the shape of a Japanese fan using Japanese "washi" paper. All were made by craftsmen in western Japan. The company says it is selling the vehicle for around one million yen ($12,180) while assessing a business plan for mass production.
Even disposing of the car after its usefulness has passed poses no problems. "We've used all-natural materials, so if you ever decide to get rid of the car, simply bury it in the ground," Ogura said.
Question: Will it work in India??
Answer: If the drivers limit the number of passengers to two per trip.
DOES IT MAKE SENSE.?... It may even reduce the big cities pollution level.
By Trawel India a la/s November 23, 2011
Newer Post Older Post