Posted/Updated on September 10, 2011
by Trawel India
Are these the world's most beautiful waterfalls? Photographer captures stunning lagoons of Croatia national park By Chris Parsons
With its perfect waterfalls, beautifully lush jungle and stunning clear blue lagoons, it looks like a fantasy paradise island too good to be true.
The idyllic Plitvice Lakes National Park in the Lika region of Croatia could stake a claim as one of the most spectacular holiday parks on the planet.
The picturesque park has 16 stunning blue-green Plitvice Lakes, which are separated by natural dams of travertine limestone on the Plitvice plateau. 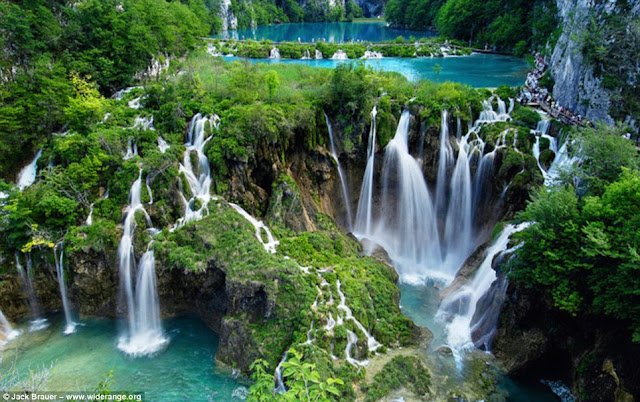 Awe-inspiring: The spectacular park is made of 16 individual lakes 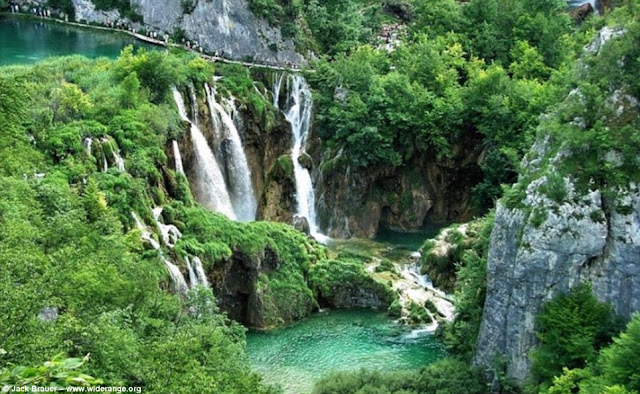 Idyllic: Visitors can spend hours on the spectacular trail the park offers 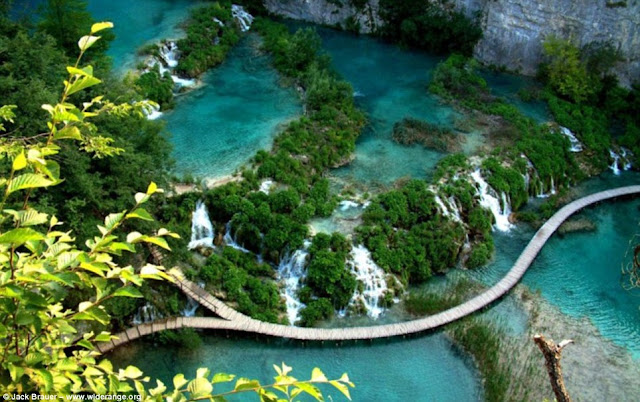 The unique lakes are formed by natural dams made of limestone deposits over thousands of years
It is surrounded by the mountains Pljesevica, Mala Kapela, and Medvedak, which are part of the Dinaric Alps.
It is the limestone deposits which help form the amazing river and lake system within Plitvice Lakes, which is the oldest natural park in southeast Europe.
Water flowing over the limestone and chalk over thousands of years has created the barriers, creating the natural dams which in turn help form beautiful caves, rivers and waterfalls.
The tallest waterfall at the park is Veliki Slap at 70 metres (230 feet) tall.
The park itself has 3 hotels and a campsite, while visitors usually spend their time at Plitvice Lakes hiking along the trails taking in the spectacular views.
The Plitvice Parks were declared a national park in Croatia in 1949, and were given world heritage status in 1979. 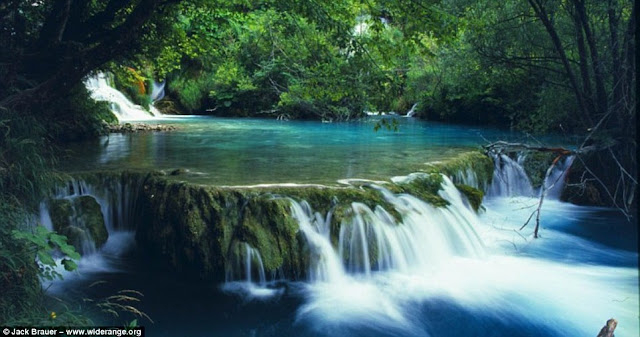 Tranquil: The tallest waterfall at the Plitvice Lakes National Park is around 70 metres high 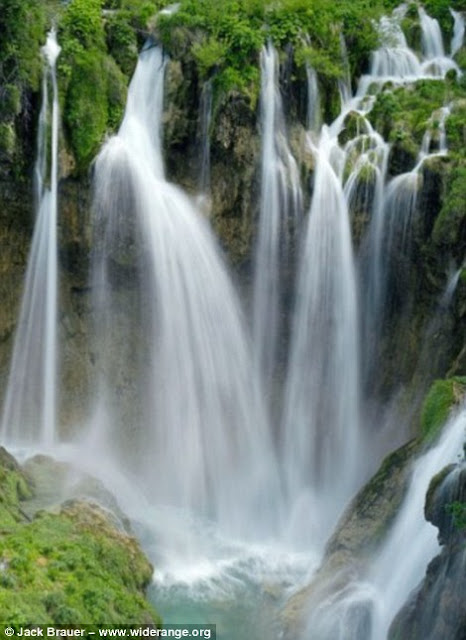 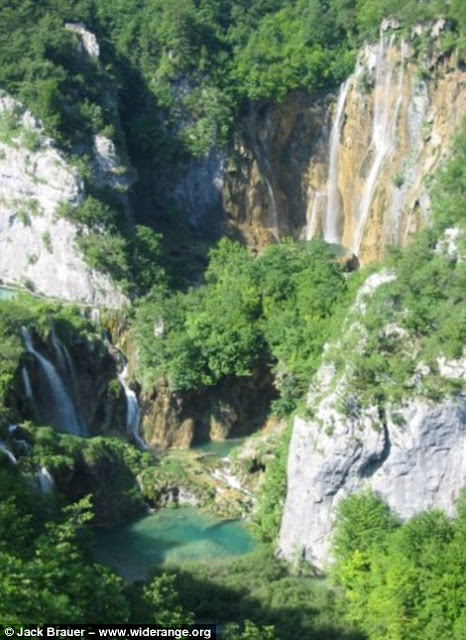 Mother Nature's finest: The breathtaking scenery looks almost too good to be true with its cascading water and lush plants
Famed for its gorgeous scenery, the park has attracted nearly 100 glowing reviews on travel website TripAdvisor.
One user from San Francisco commented on the site: 'Travel isn’t always about cities, towns, and where people live.
'It is also about where people don’t live and nature does! Plitvice Lakes National Park in Croatia is indeed home to Mother Nature in her loveliest, most scenic guise.'
Another traveler from Sydney added: 'The most amazing combination of lakes ,waterfalls and scenery.
'We only went by chance and had only a few hours but it was one of the highlights of Croatia.' 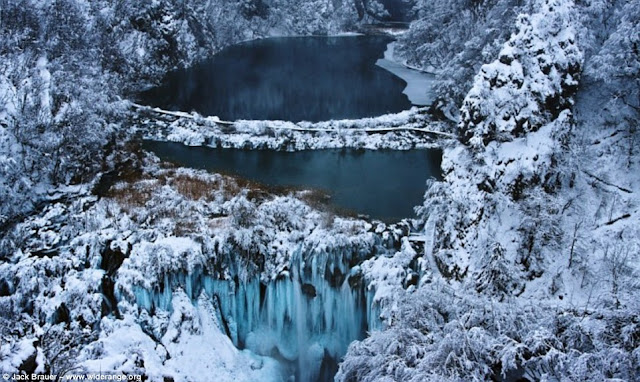 Winter wonderland: In colder conditions the park takes on a haunting, white beauty 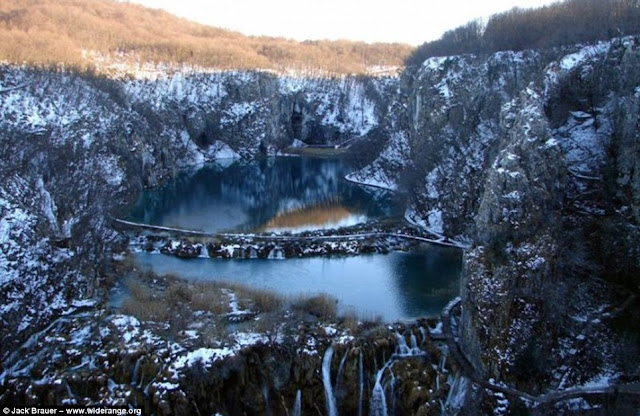