Posted/Updated on September 17, 2011
by Trawel India
Vittoria Amati photographs the marine life around the coral reefs of Sulawesi, Indonesia 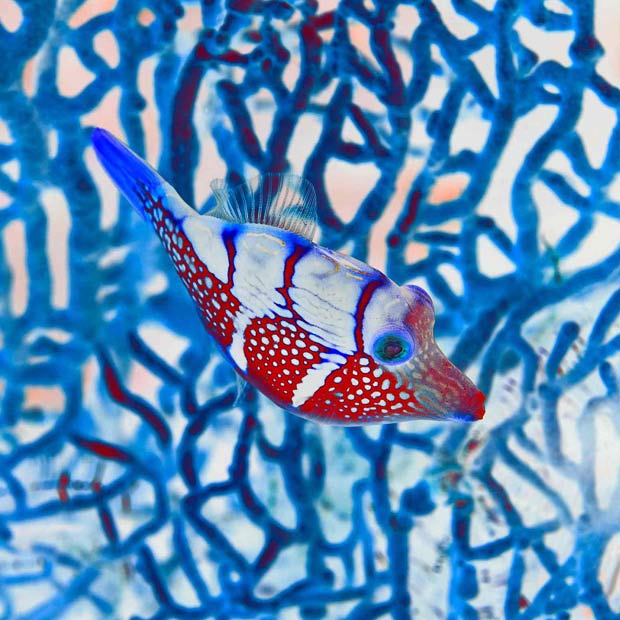 These underwater photos offer a unique glimpse of the sea - they have been turned into negatives. British photographer Vittoria Amati, 54, transformed her photographs using computer software to appear like x-rays. Above a black-saddled sharpnose fish The photographs taken up to 30 metres below the surface at the Bunaken Marine Park, North Sulawesi, Indonesia reveal creatures such as coral, fish and crabs in stunning detail. (Star fish, Gomophia watsoni) 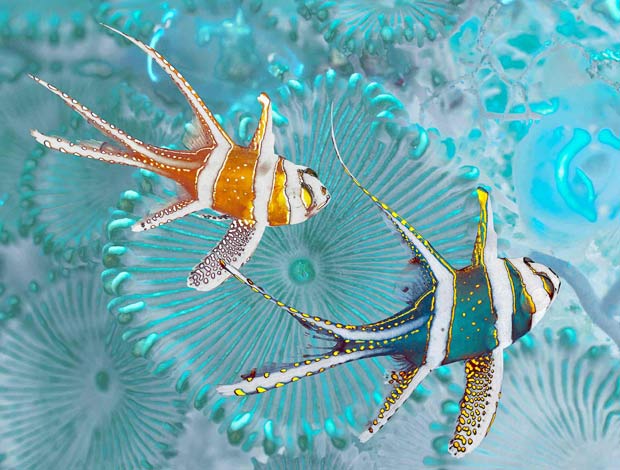 Vittoria accidently turned one of her underwater photographs into a negative and, pleased with the transformation, decided to do the same with her collection of 45 images. (Banggai cardinal fish) 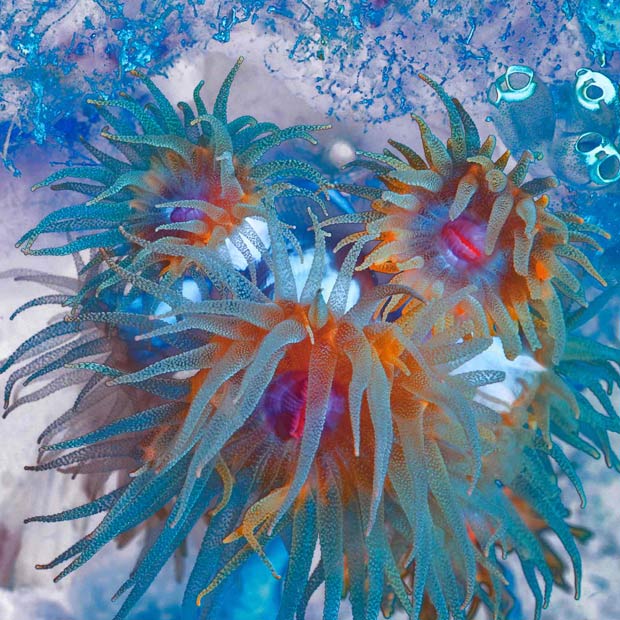 Vittoria, from London, said: "I stumbled across a negative version of one of my images and became really excited - they had the power to trigger the imagination. I was stunned, it was as if I was looking at my photos for the first time." (Sea anemone) 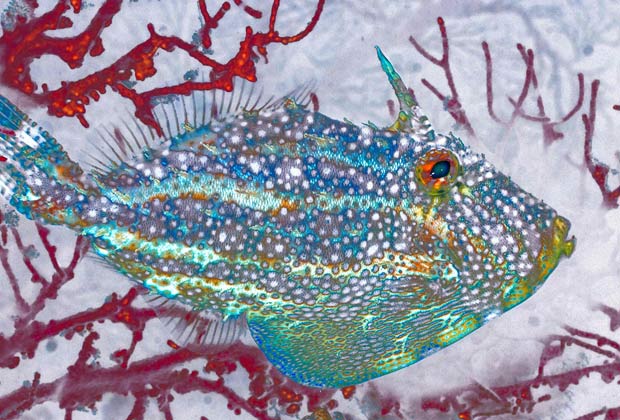 "I used photo editing software to turn the images into negatives, then worked on changing the colours layer by layer. I needed to restrain myself to keep the effect 'natural'. If the viewer is used to see a coral red I turned it into blue, making things opposite." (A strap-weed filefish, Pseudomonacanthus macrurus) 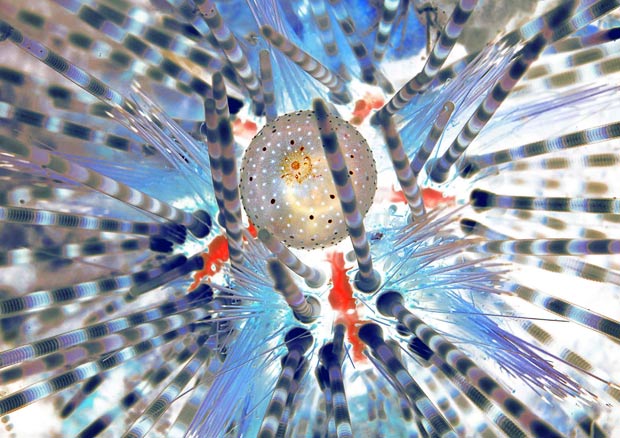 "There was the odd problem," explains Vittoria, "the first time I went diving I forgot to take the lens off my camera, but eventually everything came together." (Echinothrix calamaris) 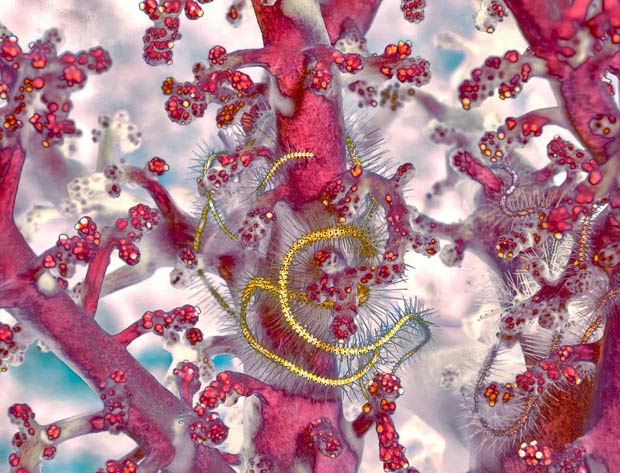 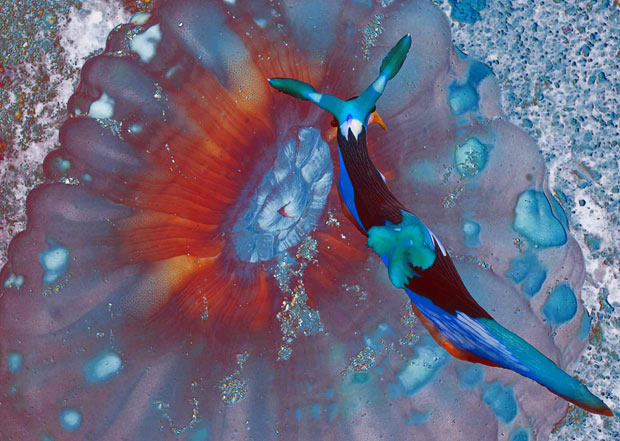 The images were taken mainly during the day but also at night when a lot of life comes out feeling more protected by the dark. (A Nembrotha species) 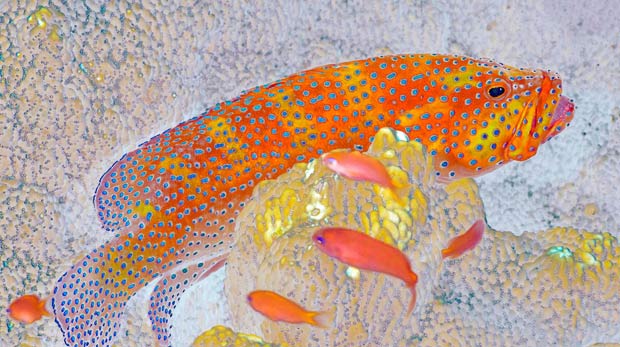 "Swimming with fish is incredibly pleasant, there is an extraordinary beauty hidden under the waves." (Coral grouper) 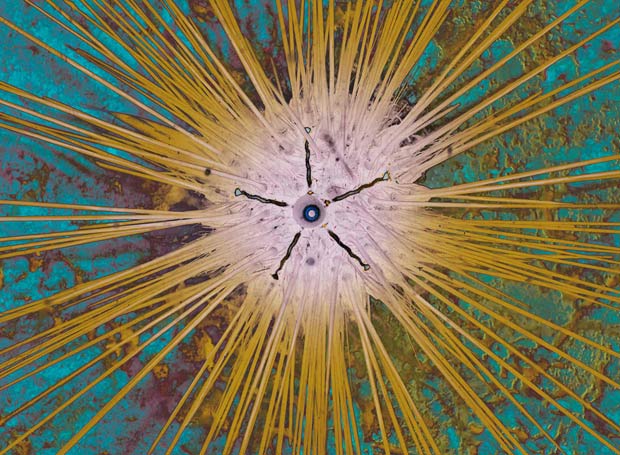 "The aim is to show people how beautiful every marine organism is, even the tiniest. The sea is not only about big fish and mammals like whales, sharks and dolphins. The sea is an environment very rich in biodiversity." (Sea urchin, Diademasavignyi)
By Trawel India a la/s September 17, 2011
Newer Post Older Post