The Amazon - The greatest river

Posted/Updated on September 07, 2011
by Trawel India
The Amazon - The greatest river
The Amazon is the greatest river in the world by so many measures; the volume of water it carries to the sea (approximately 20% of all the freshwater discharge into the oceans), the area of land that drains into it, and its length and width. It is one of the longest rivers in the world and, depending upon who you talk to, is anywhere between 6,259km/3,903mi and 6,712km/4,195mi long.

For the last century the length of the Amazon and the Nile Rivers have been in a tight battle for title of world's longest river. The exact length of the two rivers varies over time and reputable sources disagree as to their actual length. The Nile River in Africa is reported to be anywhere from at 5,499km/3,437mi to 6,690km/4,180mi long. But there is no question as to which of the two great rivers carries the greater volume of water - the Amazon River.

Because the Amazon drains the entire Northern half of the South American continent (approx. 40% landmass), including all the torrential tropical rains that deluge the rainforests, it carries an enormous amount of water. The mouth of the Amazon River, where it meets the sea, is so wide and deep that ocean-going ships have navigated its waters and traveled as far inland as two-thirds the way up the entire length of the river.

So, how did the Amazon get to be so big? The first reason has to do with its location - right at the equator. Around the "belt line" of the earth lies a warm, tropical zone where over 400 in/1016cm of rain fall every year. That averages out to more than an inch (3cm) of rain, everyday! A lot of water falls onto the land surrounding the river, what samitha is called the "Amazon River drainage basin". A good way to understand what a drainage basin is to think of the whole northern half of the continent of South America as a shallow dish, or saucer. Whenever rain falls and lands anywhere in the river basin it all runs into the lowest place in the pan, which happens to be the Amazon River. The sheer volume of rain in the Amazon jungle, as well as the slope of the surrounding land, combine to create the enormous river known as the Amazon. 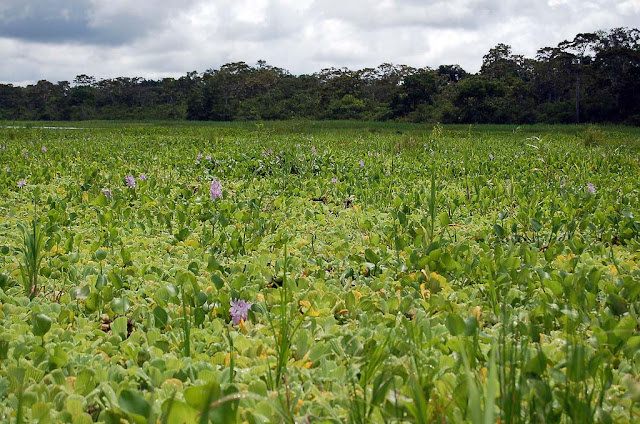 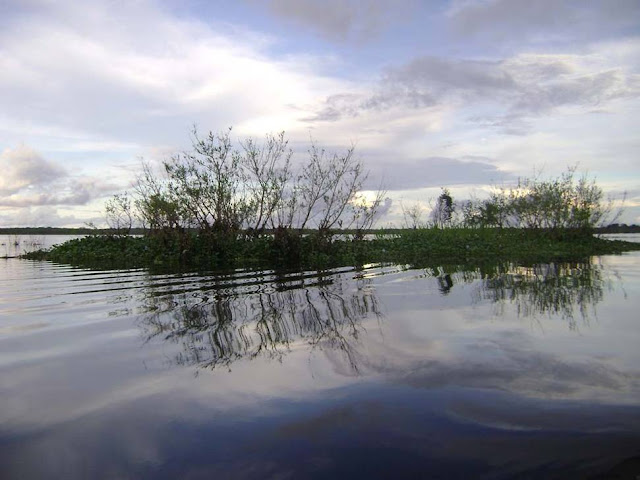 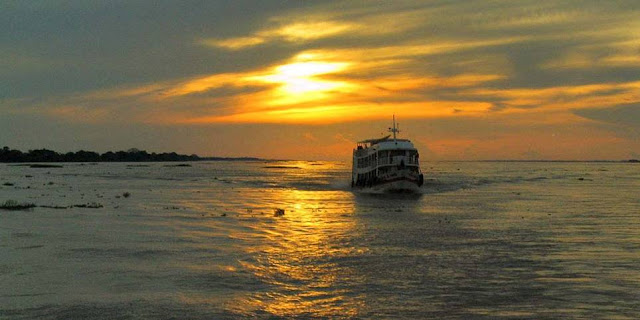 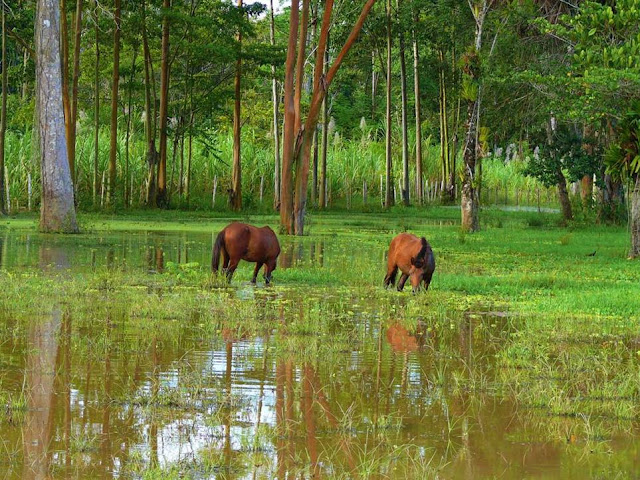 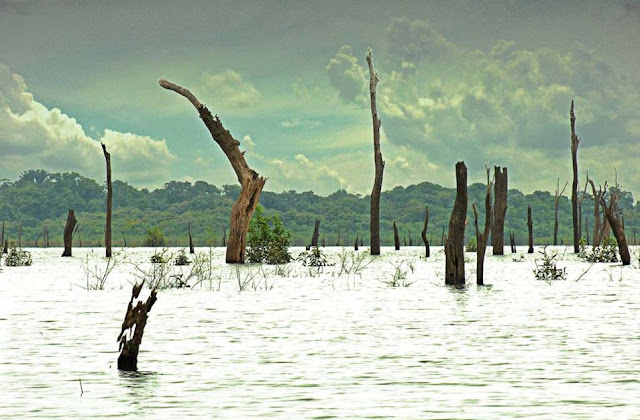 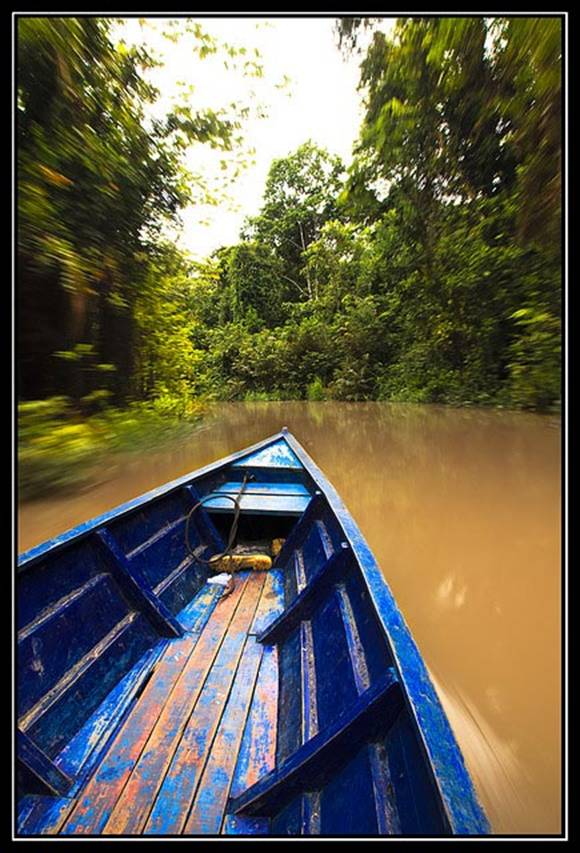 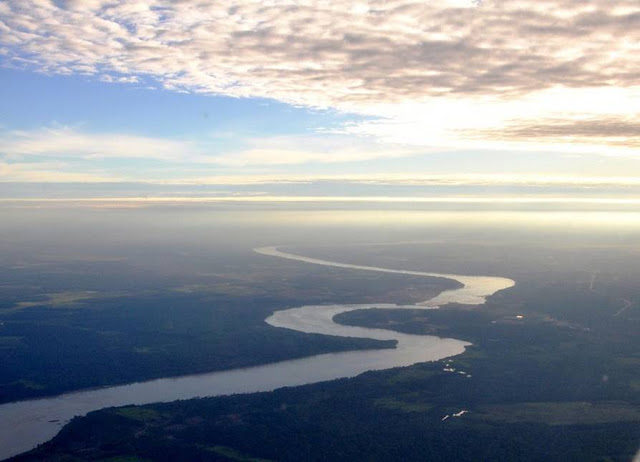 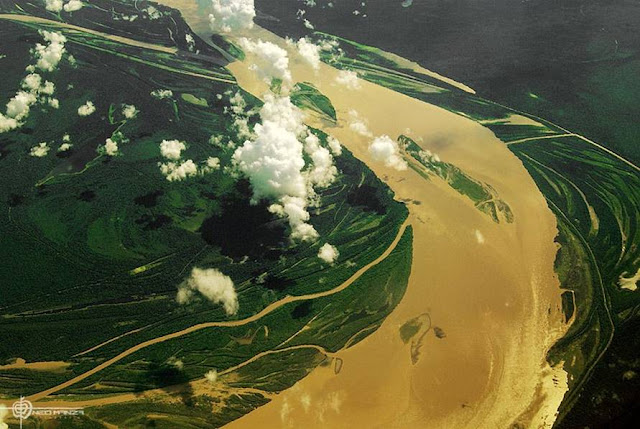 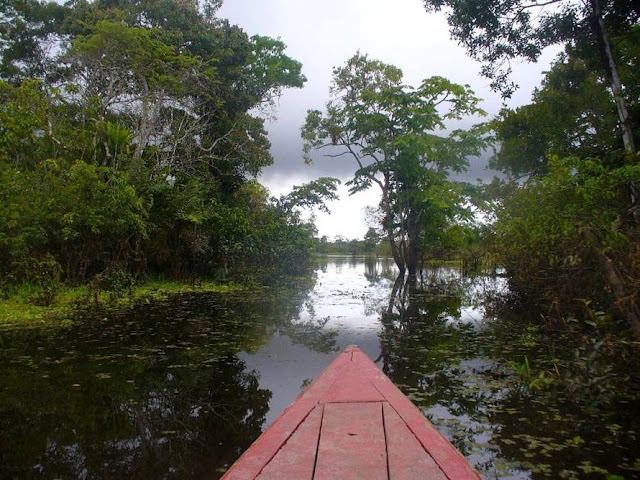 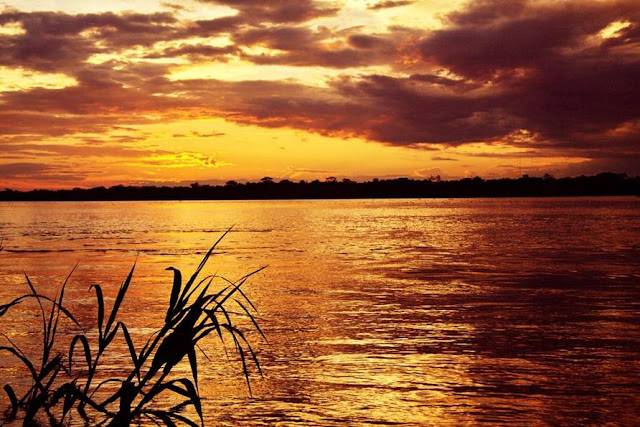 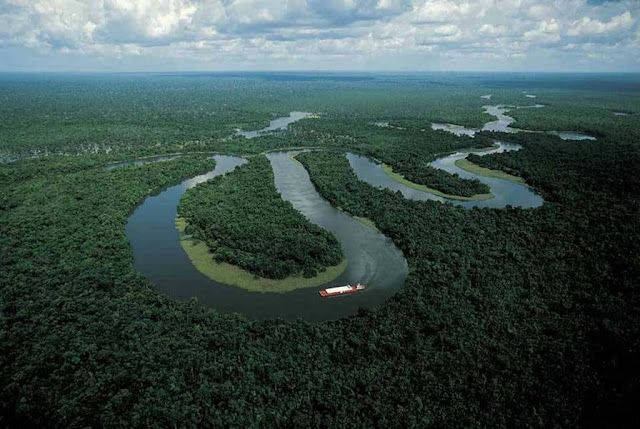 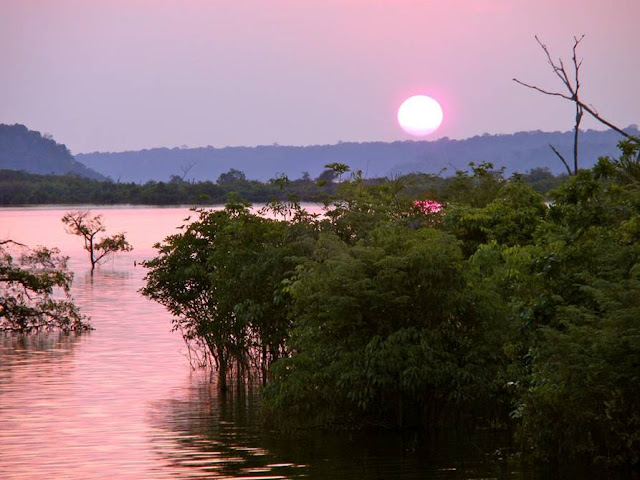 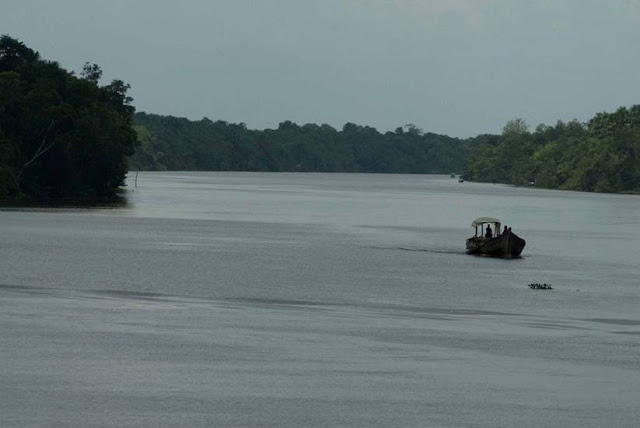 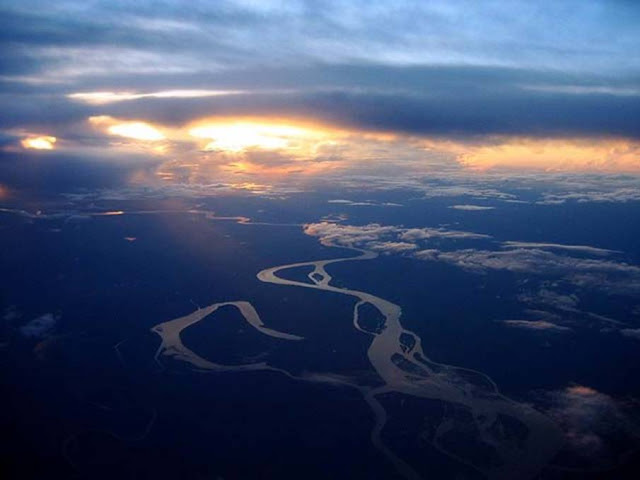 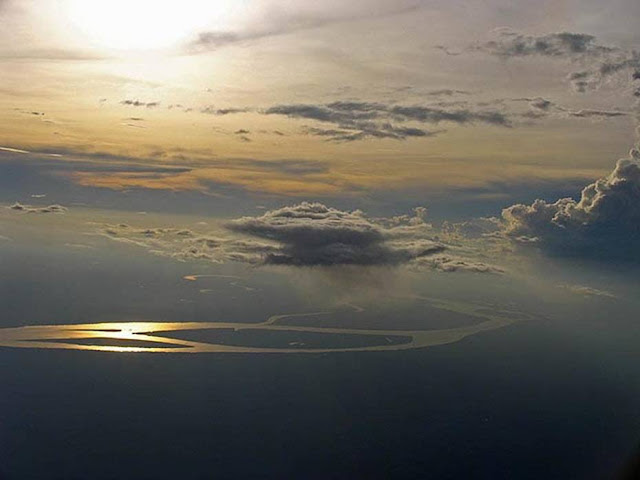 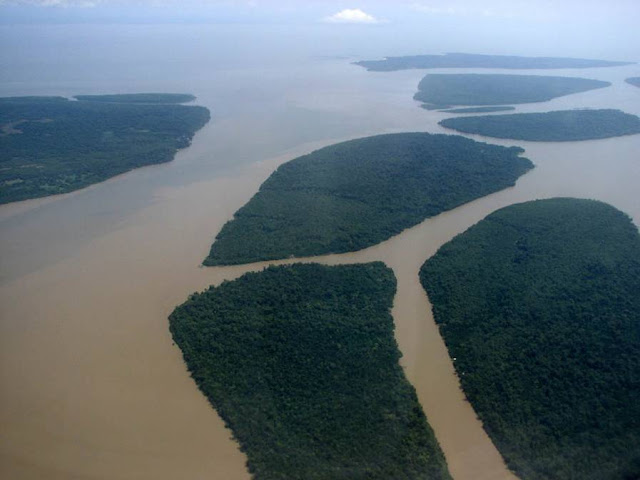 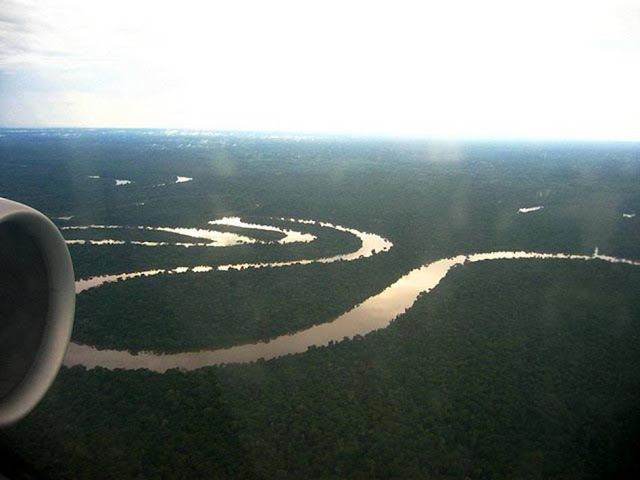 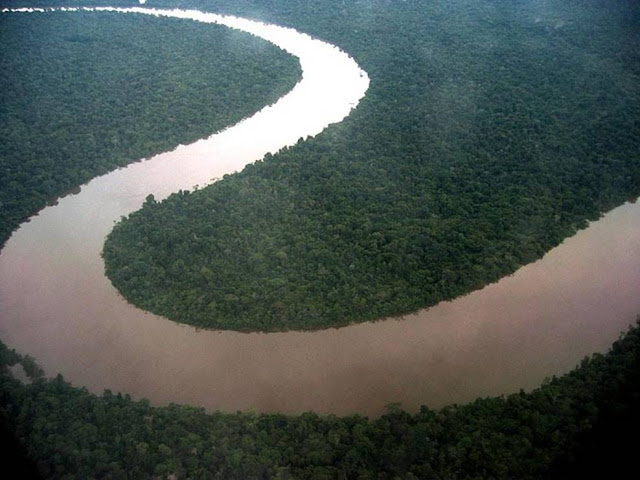 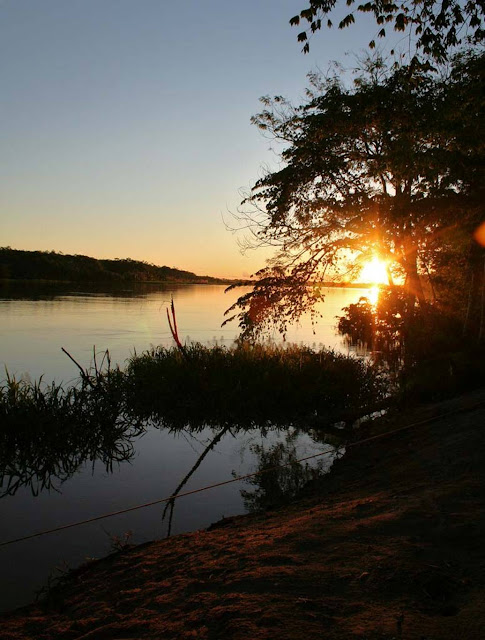