Posted/Updated on August 11, 2011
by Trawel India
Of Course, Seeing is believing if Photographs do not lie. Grand Canyon is the breathtaking sight. I had seen it only from air.Still it was awesome. It is unbelievable that a photographer can stand with his tripod and camera on an isolated rock and take pictures of sun set. You have the other photographer to vouch for this. Even seeing him cross to the other rock makes your head spinning!! Mail received from Air Marshal Viren Puri.
This is the case of 1 photographer taking photographs of a 2nd photographer.
The following photos were taken by Hans van de Vorst from the Netherlands at the Grand Canyon, Arizona .
The descriptions are his own.
The identity of the 2nd photographer is unknown. 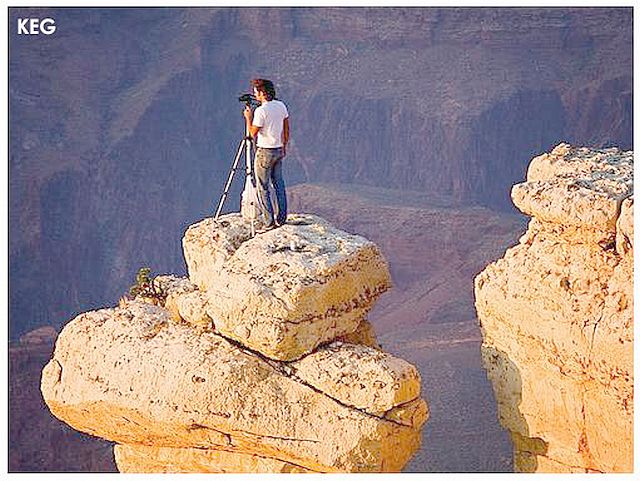 I was simply stunned seeing this guy standing on this solitary rock at The Grand Canyon .
The canyon's depth is 900 meters (3000ft) here.
The rock on the right is next to the canyon and is safe.
Watching this guy - wearing flip-flop sandals - with camera and tripod, I asked myself 3 questions:
1. How did he get onto that rock ?
2. Why not take that sunset picture from the rock to the right, which is perfectly safe?
3. How will he get back?

After the sun set behind the canyon's horizon, he packed his things (having only on free hand) and prepared himself for the jump.
This took about 2 minutes, and at that point, he had the full attention of the crowd of tourists. 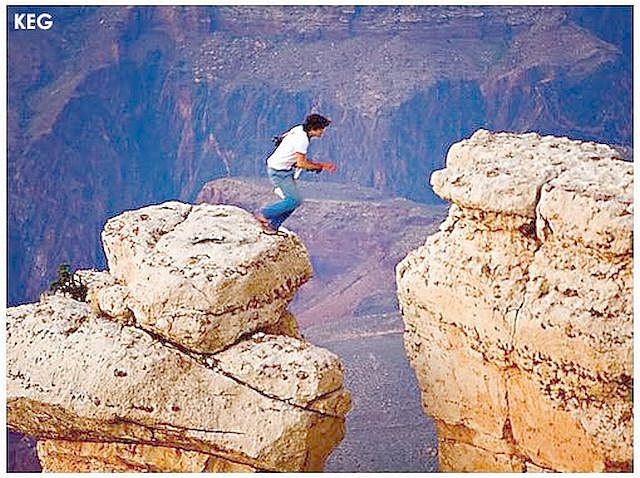 He's now at the point of no return - he jumped in his flip-flops. 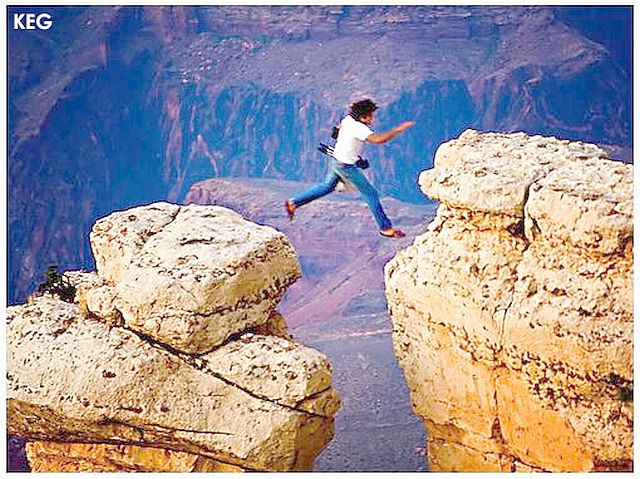 Now you can see that the safe rock is higher so he had to land lower - which was quite steep - and tried to use his one free hand to grab the rock. 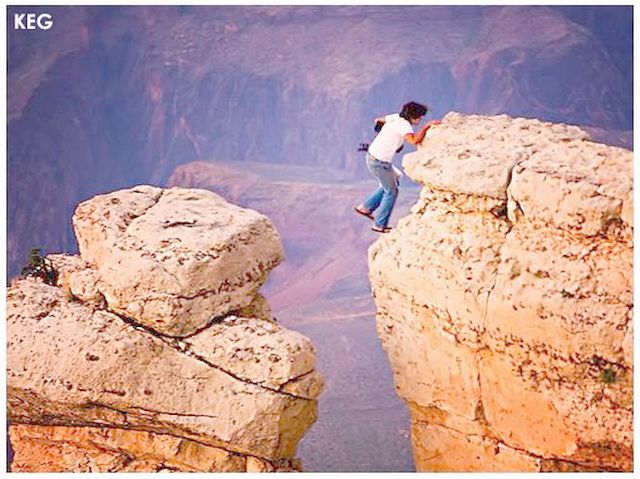 Look carefully at the photographer.
He has a camera, a tripod and a plastic bag, either on his shoulder or in his left hand.
Only his right hand is available to grab the rock and the weight of his stuff is a problem.
He landed low - his right hand and right foot are slipping.
At this very moment, I took this shot.
He then pushed his body against the rock, waited for a few seconds, threw his stuff up on the flat rock , climbed up and walked away, presumably to a bathroom to change his shorts.
I know I had to change mine - and I was only watching !
By Trawel India a la/s August 11, 2011
Newer Post Older Post