Mass fish death in California after Tsunami in Japan

Posted/Updated on August 20, 2011
by Trawel India
The mass fish death shown in the photographs did take place. The images show an event that occurred in King Harbor at Redondo Beach, in Southern California. However, the event happened several days before the Japanese earthquake and tsunami. There is no credible evidence of a connection between the two events. 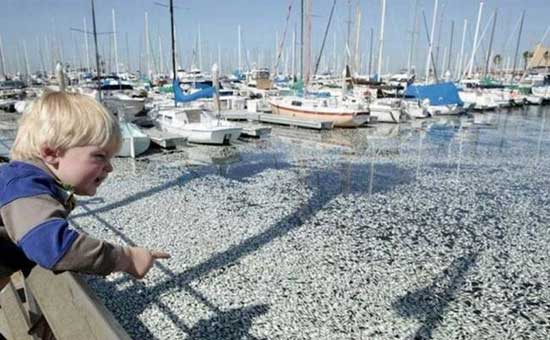 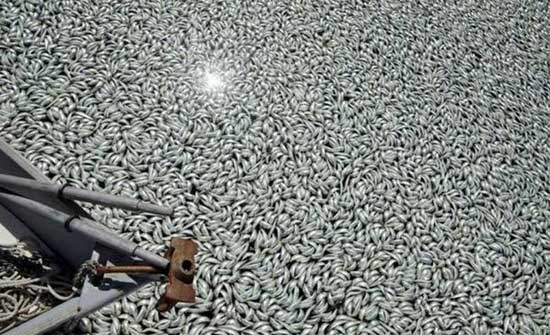 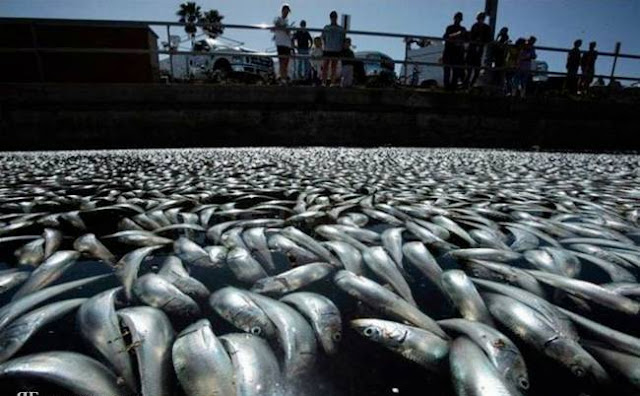 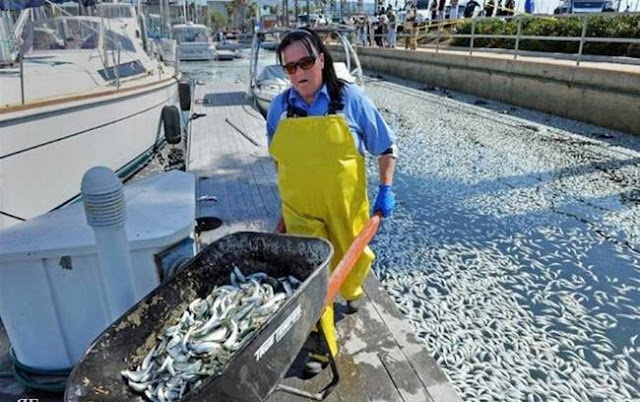 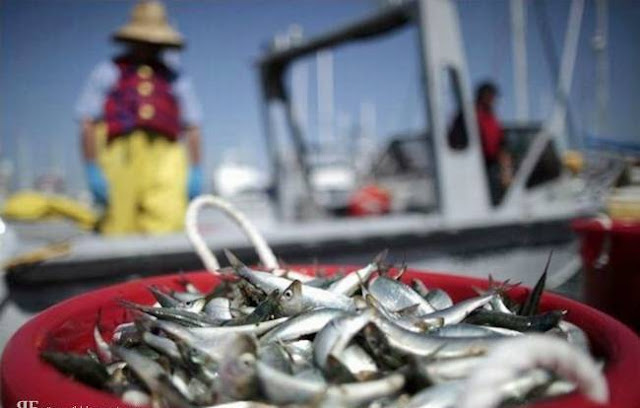 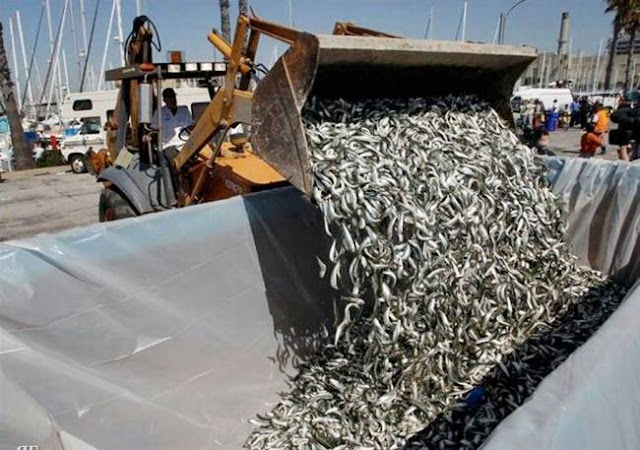 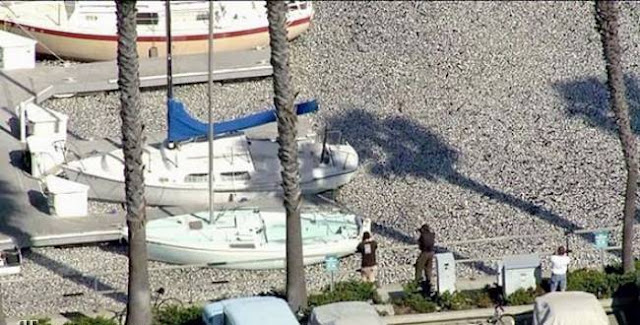 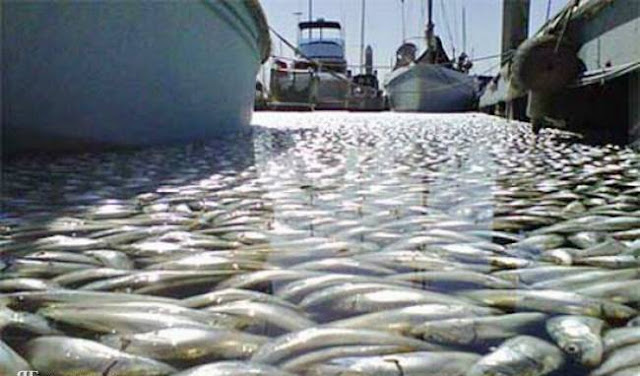 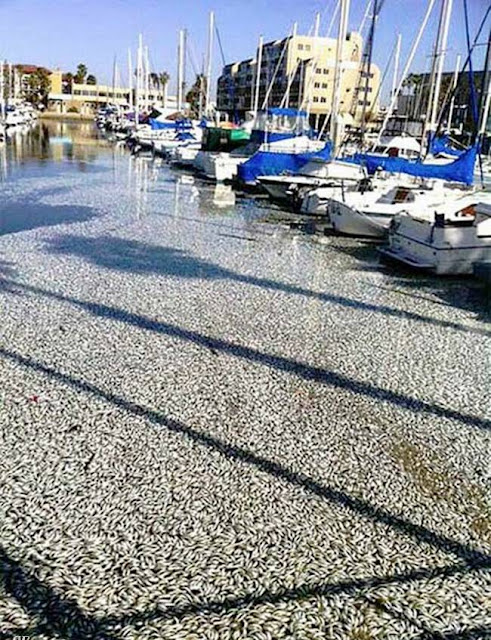 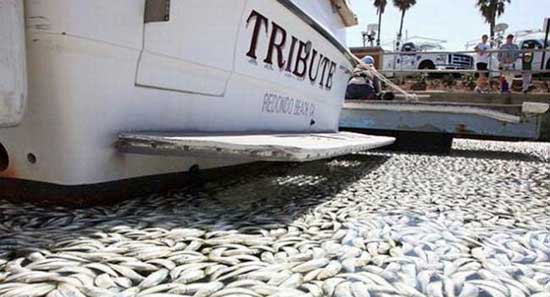 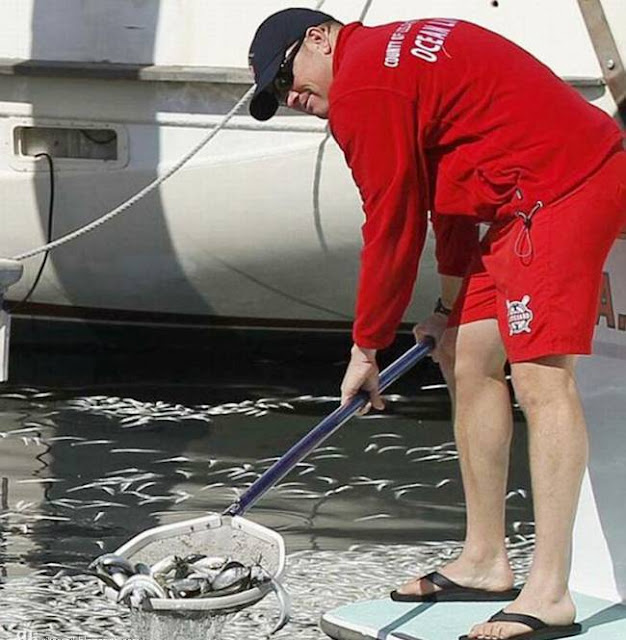 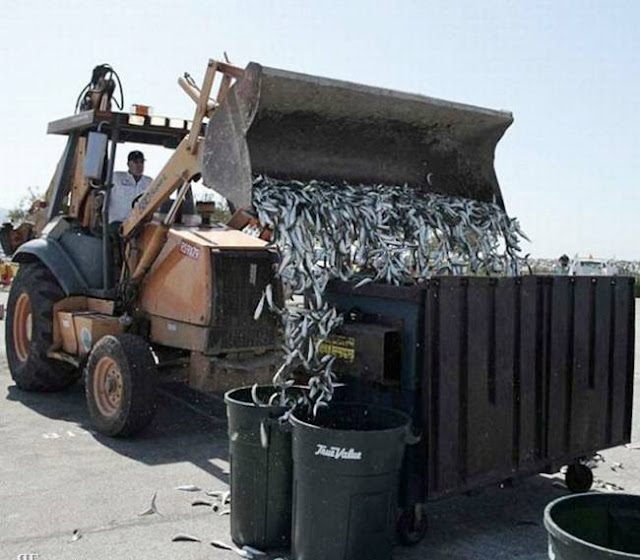 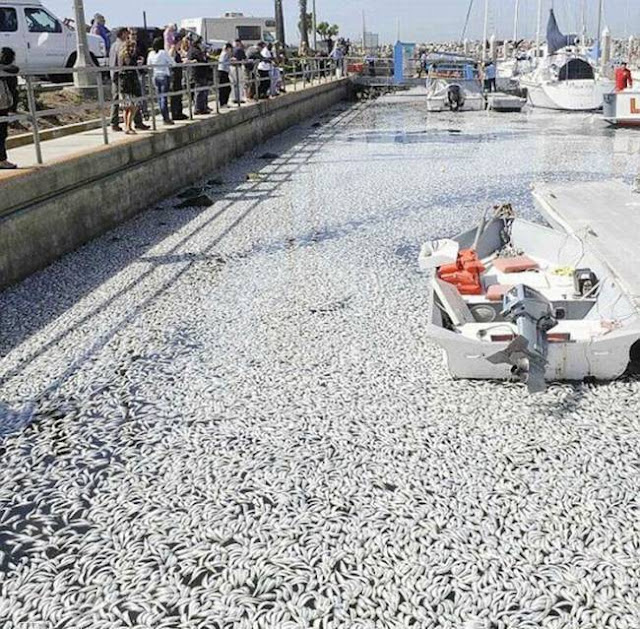 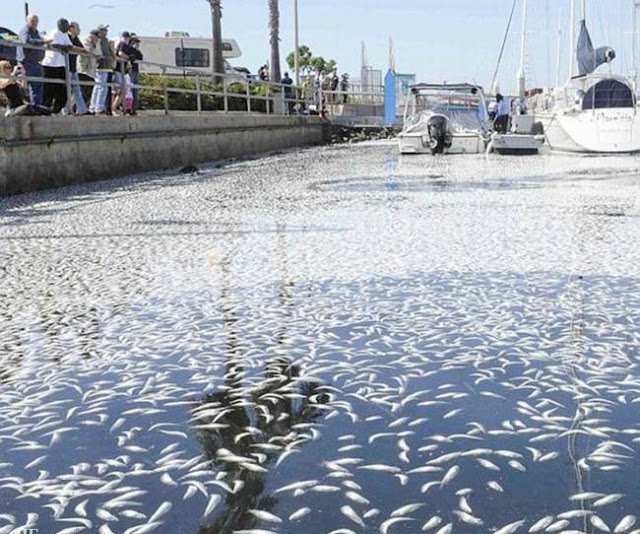 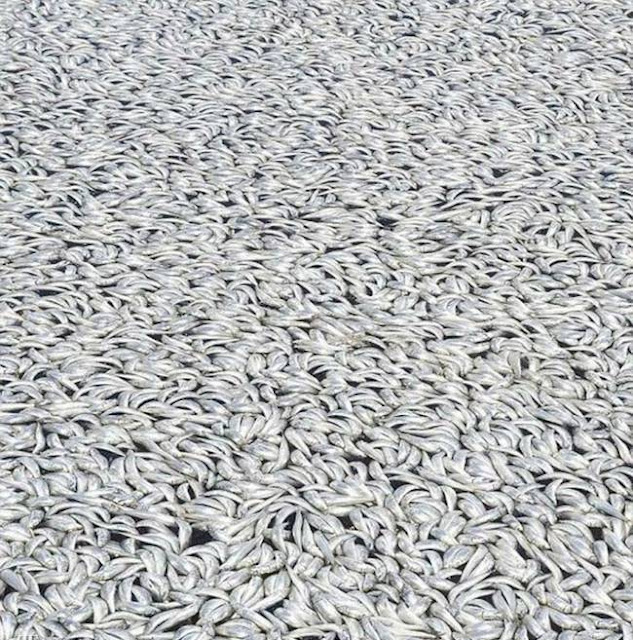 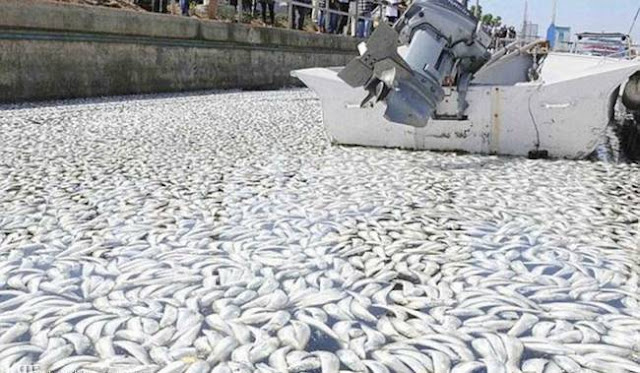