Posted/Updated on July 14, 2011
by Trawel India
Preikestolen or Prekestolen, also known as Preacher's Pulpit or Pulpit Rock, and by the old local name Hyvlatonnå, is a massive cliff 604 metres (1982 feet) above Lysefjorden, Norway. The top of the cliff is approximately 25 by 25 metres (82 by 82 feet) square and almost flat, and is a famous tourist attraction in Norway.

During the four summer months of 2009, approximately 130,000 people took the 3.8 km (2.4 mi.) hike to Preikestolen, making it one of the most visited natural tourist attractions in Norway.
The pulpit rock is located in Rogaland, a western district of southern Norway. the city of Stavanger, the fourth largest city in Norway, is located only 25 kilometers from the site and the parking facility of the pulpit rock is located about one hour from Stavanger by ferry and car. 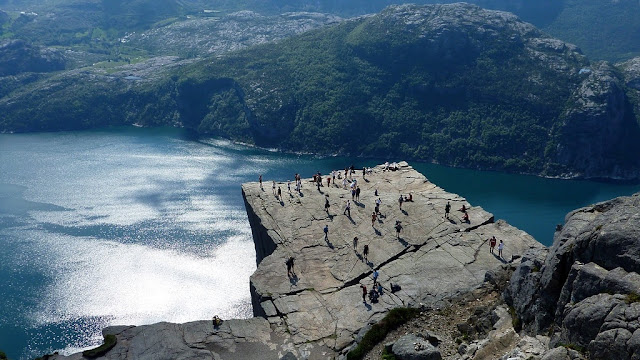 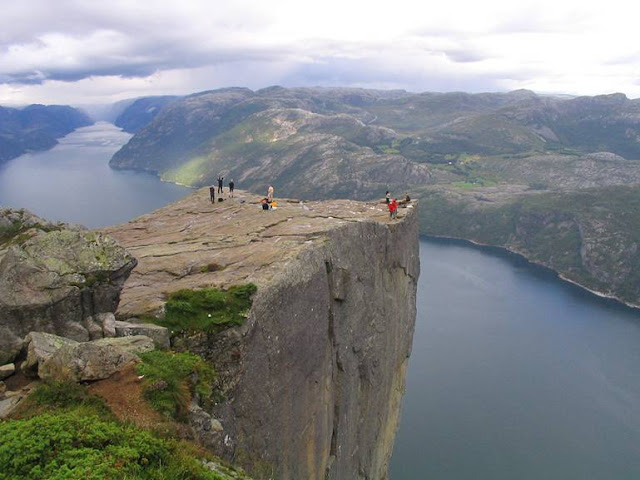 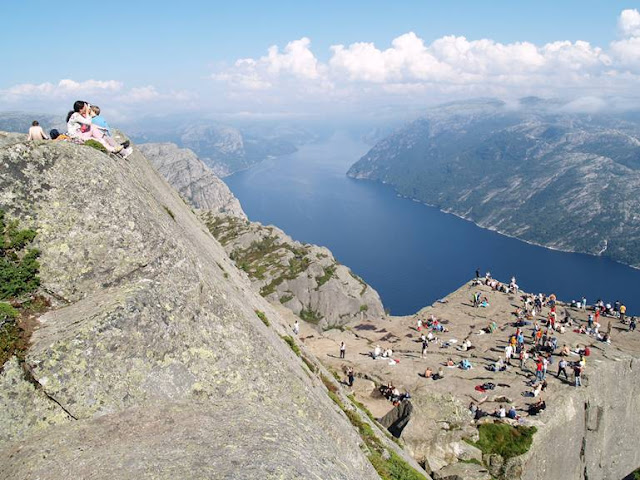 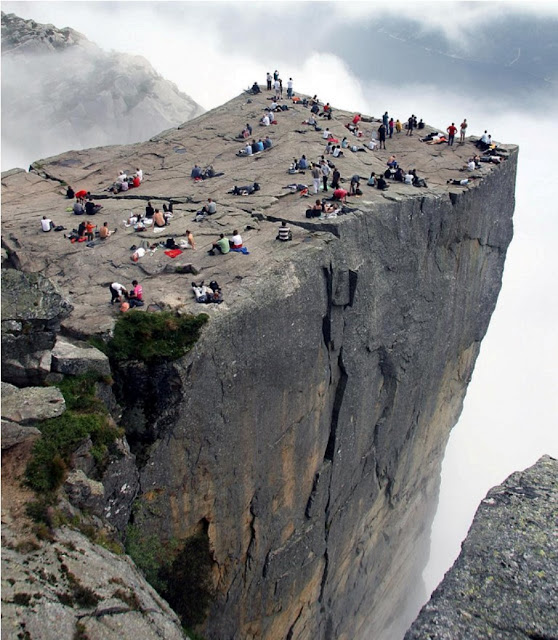 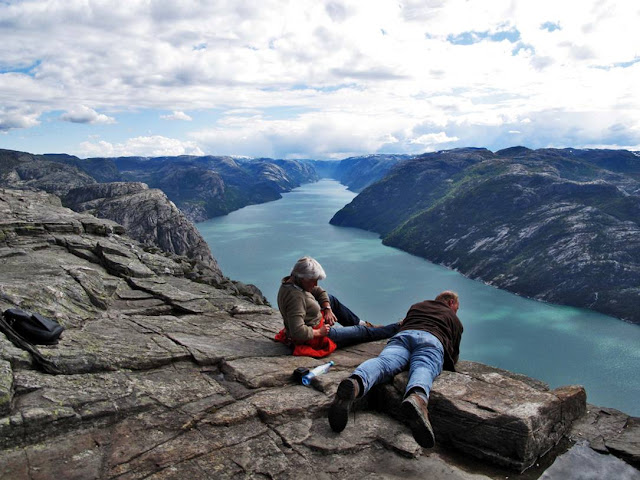 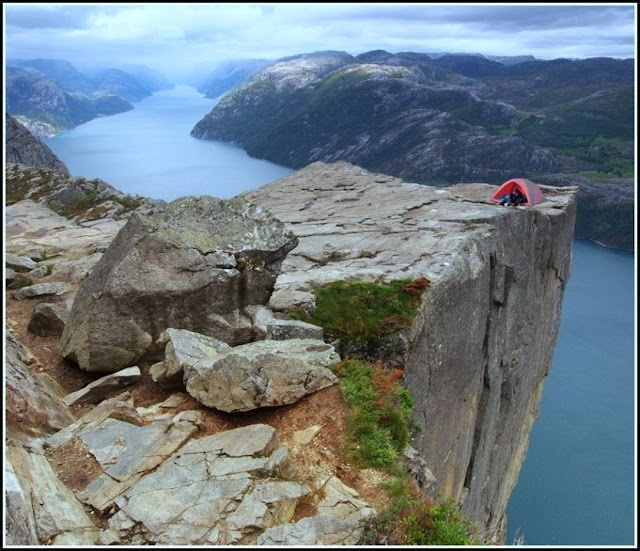 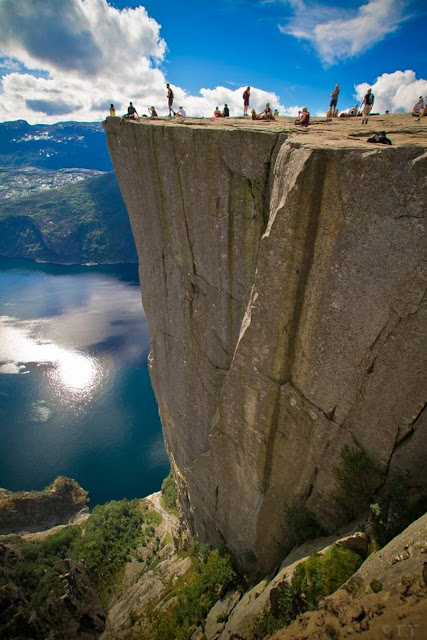