Posted/Updated on July 15, 2011
by Trawel India
Mount Everest in Clouds 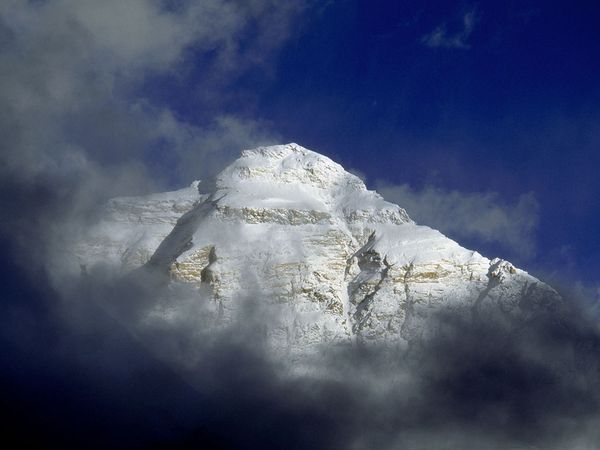 Upon seeing Mount Everest clearly for the first time in 1921 after weeks of travel, George Leigh Mallory wrote, "It was a prodigious white fang, an excrescence from the jaw of the world. We saw Mount Everest." 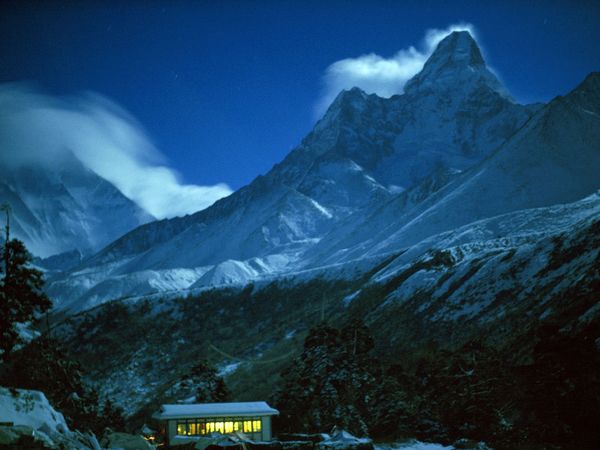 Himalayan peaks tower behind a cabin in Nepal. The Sherpa are the predominant ethnic group in this area, and their livelihood has come to depend on the tens of thousands of tourists who visit the Himalaya each year. 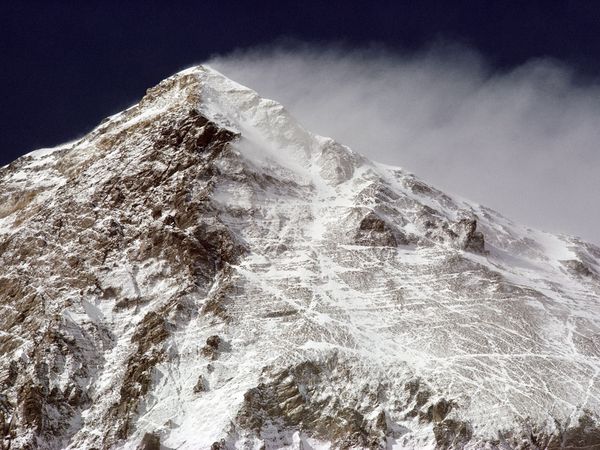 "The wind whips and tears at us as we perch precariously on Earth's highest pinnacle," said Barry Bishop after he and his team successfully made it to the top of Mount Everest in 1963. 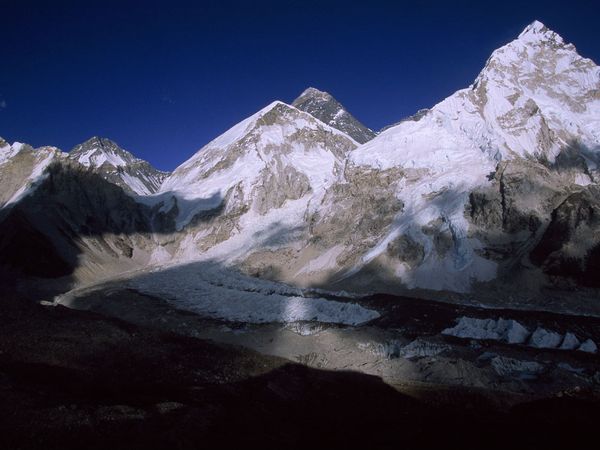 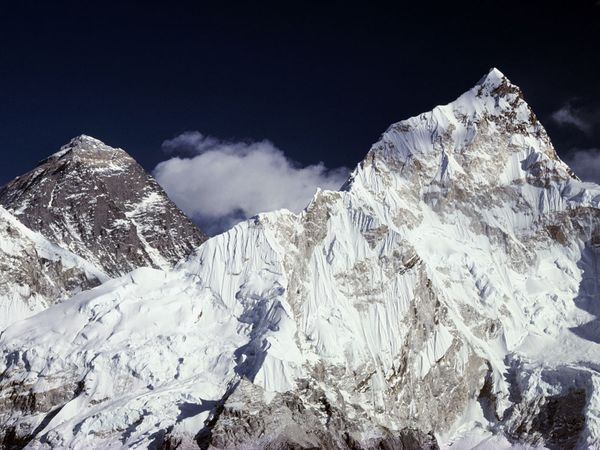 In 1921, famed Everest explorer George Leigh Mallory wrote to his wife saying, "I can't tell you how it possesses me, and what a prospect it is." In 1924 he perished trying to reach the top. His body was not discovered until 1999. 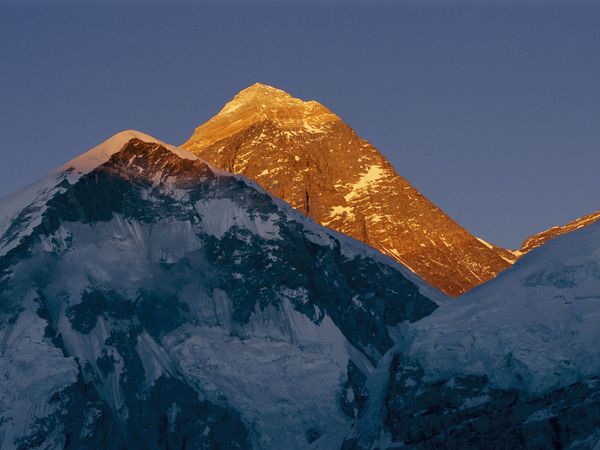 At the peak of Mount Everest, atmospheric pressure is a mere 30 percent of that at sea level, meaning that a climber's breath takes in only 30 percent of the oxygen that it normally does, causing the body and mind to begin breaking down. 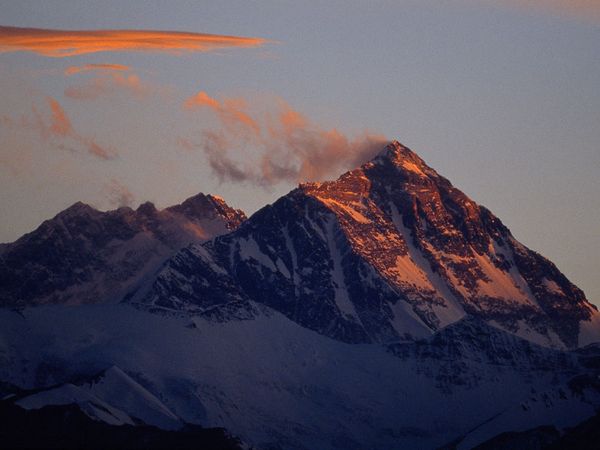 Before being named Mount Everest by the British in 1865, the mountain had gone by many names in many languages over the centuries. Tibetans call it Chomolungma, often translated as "mother of the universe." 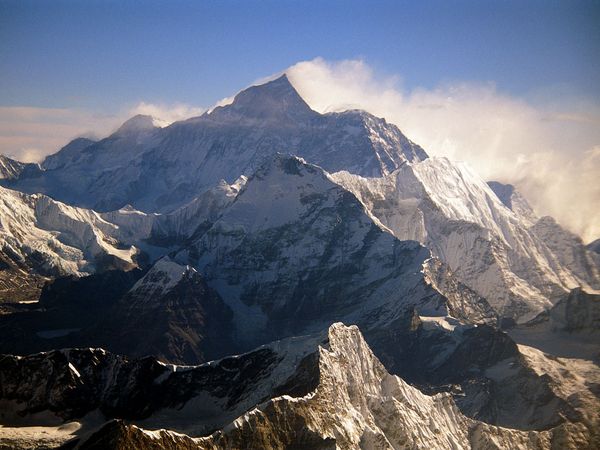 Barry Bishop, who summitted Everest in 1963, wrote in a November 1988 National Geographic article: "We had been lucky that season: Everest had been uncommonly tranquil. In short, the weather had been only miserable, not impossible." 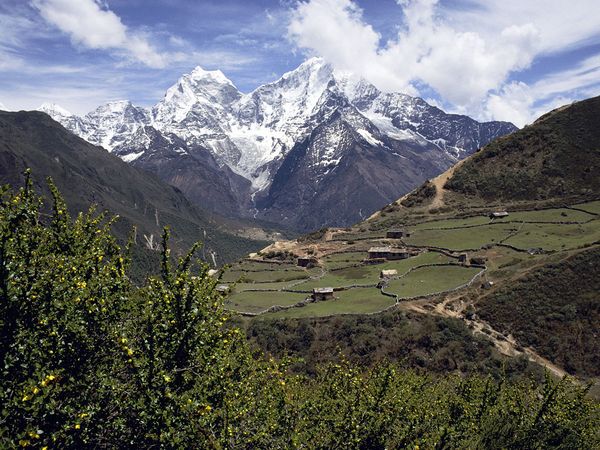 A Sherpa village in Nepal rests at the base of Mount Everest. Predominantly Buddhist, Sherpa continue to lead simple lives even as tourism brings more and more visitors to their land each year.

View From the Top of the World 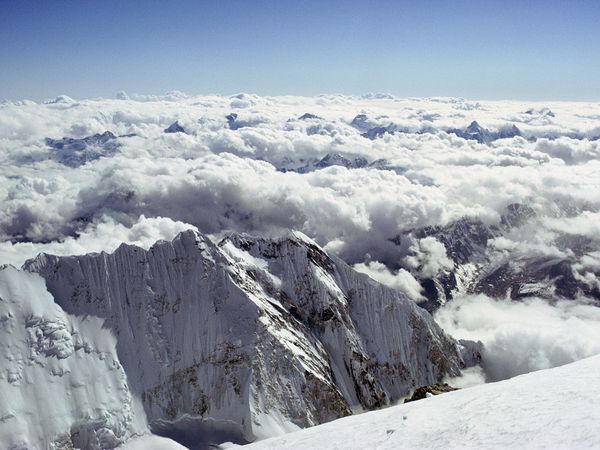 Not many people have had the opportunity to look down on the peaks of the Himalaya, but this 1963 picture from photographer Barry Bishop gave proof that Americans had finally reached the summit of Mount Everest. Bishop's teammates became the first Americans to summit Everest on May 1, 1963.
By Trawel India a la/s July 15, 2011
Newer Post Older Post