Posted/Updated on July 02, 2011
by Trawel India
Jiaozhou Bay Bridge in China the World's Longest Cross-sea Bridge - The new records of the longest cross-sea bridge was opened Thursday 30 june 2011. this beautiful bridge was located in Qingdao, East China's Shandong Province. This Jiaozhou Bay Bridge was connecting China's Eastern Port City of Qingdao to Huangdao. the length of this Bridge was approximately about 26 miles or about 42 Kilometers. this makes this Jiaozhou Bay bridge became the longest cross sea bridge in the world.


The bridge took four years to build, and employed at least 10,000 people. 450,000 tons of steel and 2.3 million cubic metres of concrete were used in the construction of the bridge, which was designed by the Shandong Gaosu Group. It is designed to be able to withstand severe earthquakes, typhoons, and collisions with ships.[The bridge is supported by more than 5,000 pillars, 35 metres (115 ft) wide, carrying six lanes and two shoulders, and cost more than 10 billion yuan (US$1.5 billion).


Here's the Pictures and video of the Longest Cross-Sea BridgeJiaoZhou Bay Bridge that connect Qingdao and Huangdao in China. 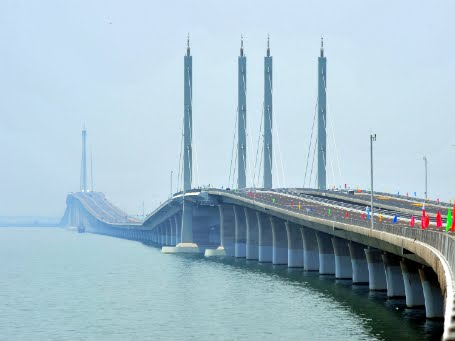 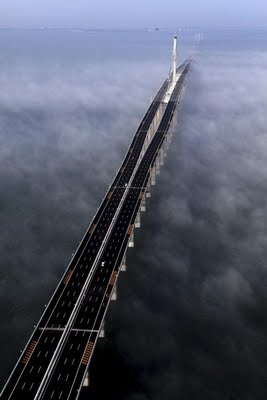 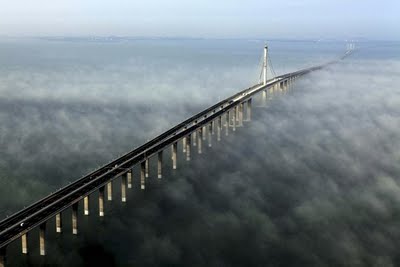 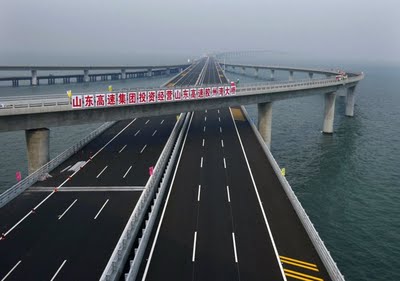 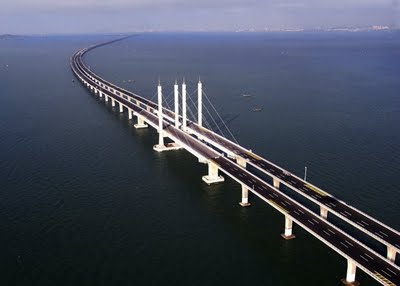 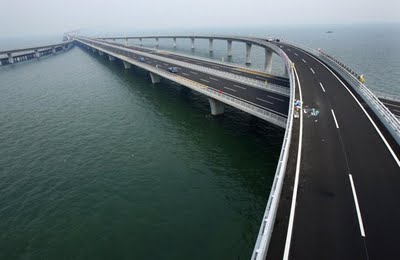 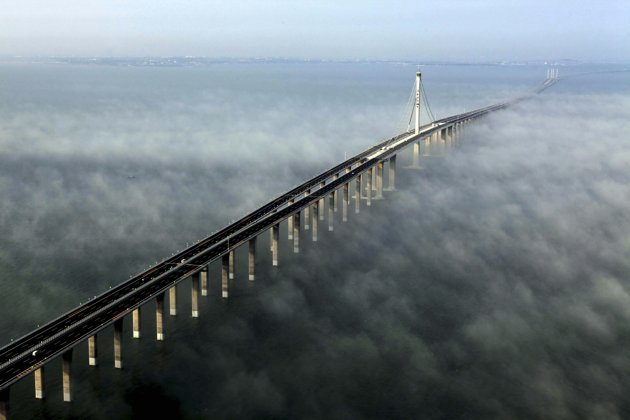