Posted/Updated on May 04, 2011
by Srinivasa Rao M
Suspended disbelief: the amazing art of Li Wei

Chinese artist Li Wei creates images of himself and his friends being thrown off buildings, dangling from bridges and hanging off cars, all in the name of art. Li's photos can take up to six months to set up and involve huge crews organising props such as smoke, mirrors, wires and cranes. After the photographs are taken the father of one removes traces of the wires with a computer. Li, from Beijing, said: "One of the most difficult and expensive shots was where myself and 12 people were flying behind a car and we had to use a lot of cranes to keep us all suspended" 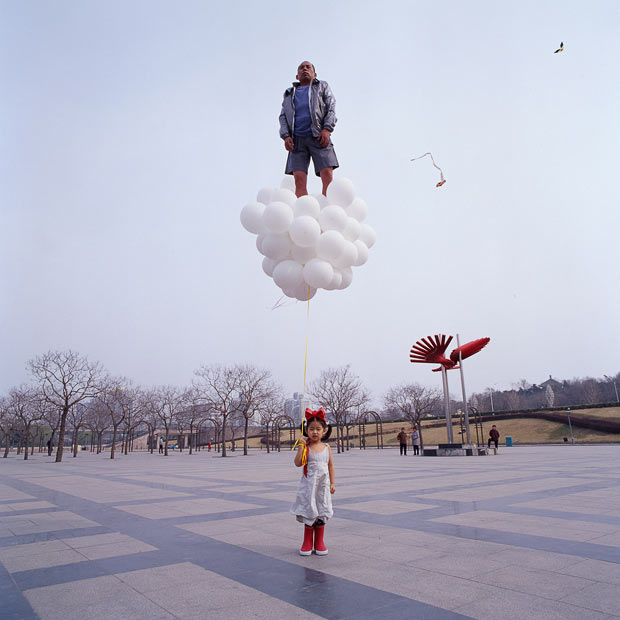 "My favourite photograph features my daughter holding some helium balloons and I am standing on them in mid air. It was lovely working with my daughter and the photo represents my feelings," he said 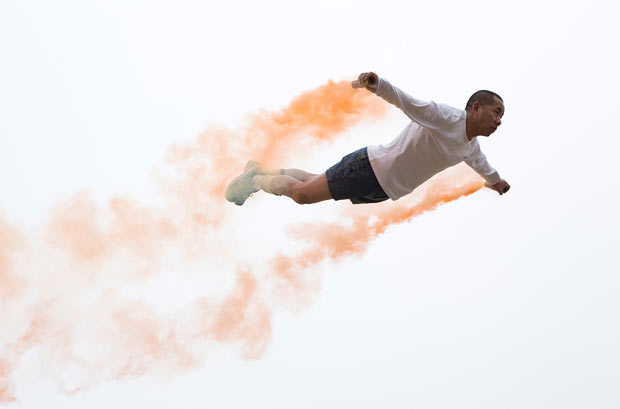 The 40 year old has been producing works since 1999 and has made tens of thousands of pounds from his photographs. He said: "I like to achieve the impossible. I have hurtled to the earth like a meteorite and flown through the air. My pictures show the unstable, there's a lot of danger and I love to create that feeling in my work" "The images can involve me getting battered around a bit - most times I will pick up an injury from the stunt wires, one time I got my head stuck in a pane of smashed glass" 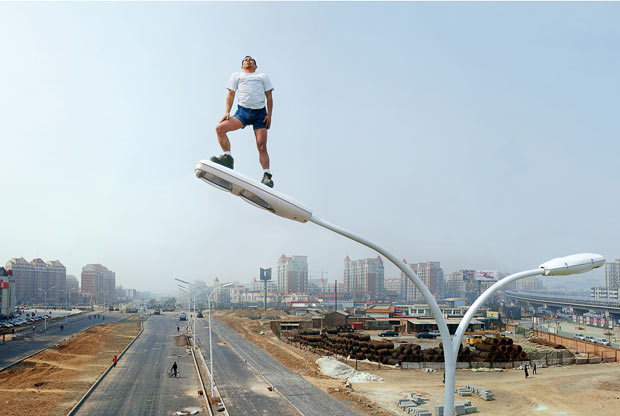 "It can be dangerous, but I like to ride that line, to me it's worth it to defy gravity or fly through the air," he said 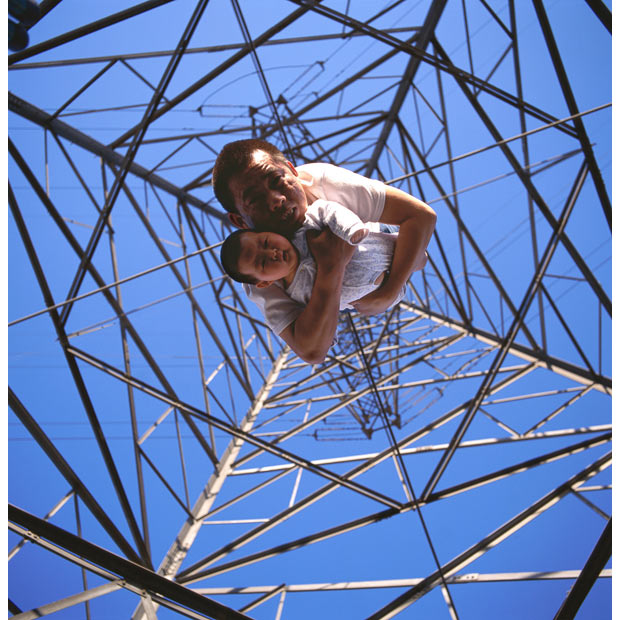 A Pause for Humanity 3 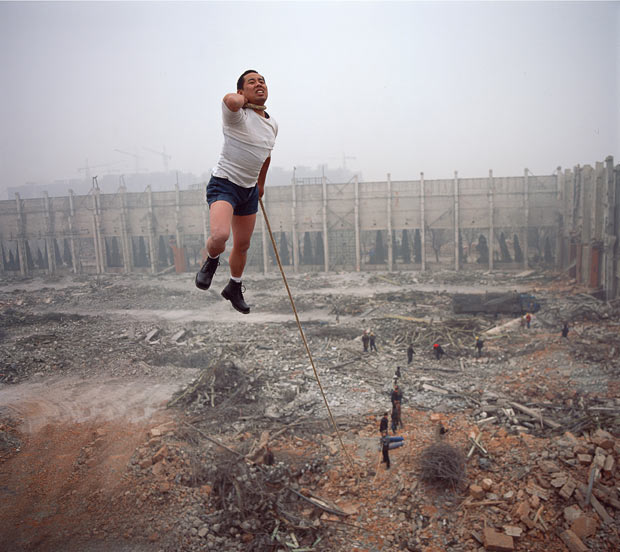 Live at the High Place 1 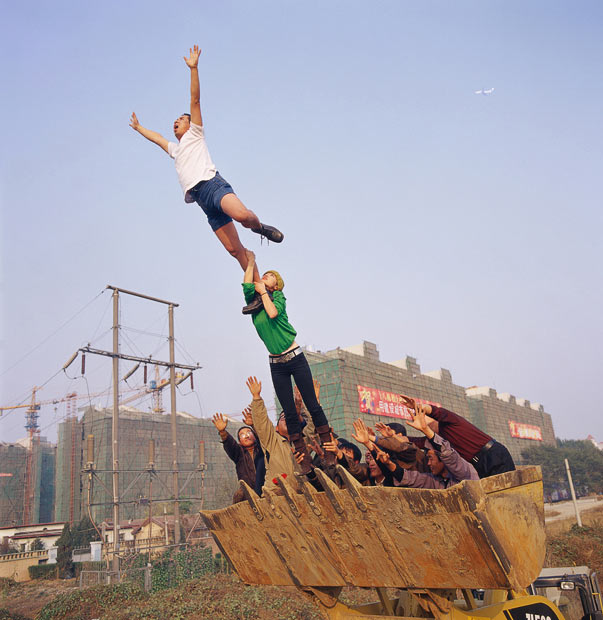 On the Surface of the Earth 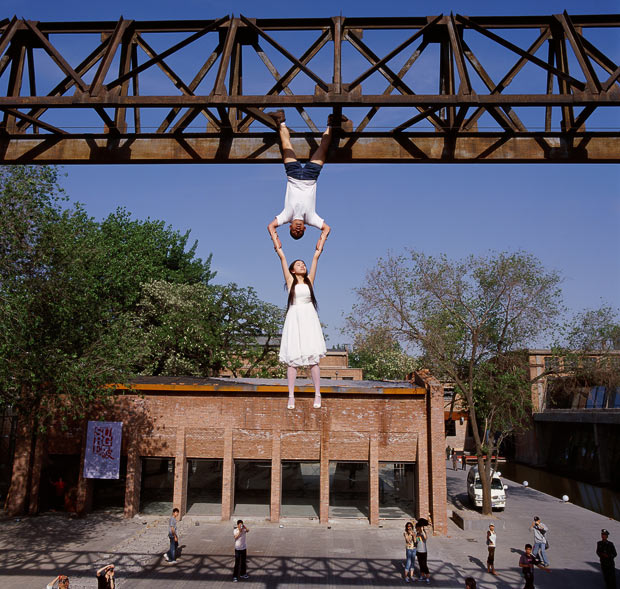 His work has been featured on popular wesites 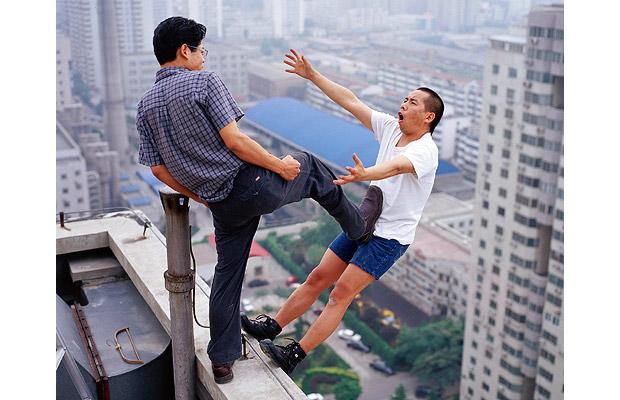 Don't try this at home, particularly if - like performance artist Li Wei - you live in a tower block 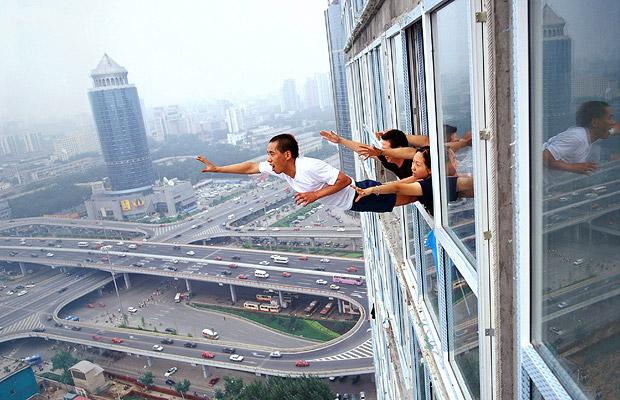 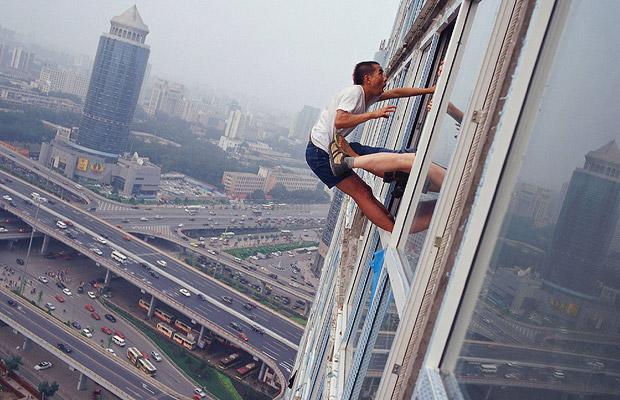 he relies on his own acrobatic skills, honed from years of martial arts training 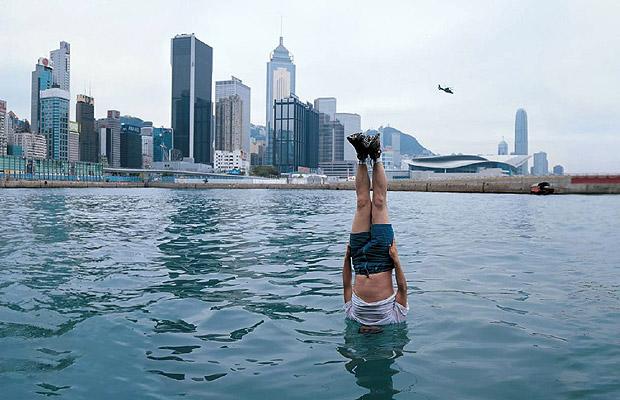 Others include images of him plunging through a car windscreen... 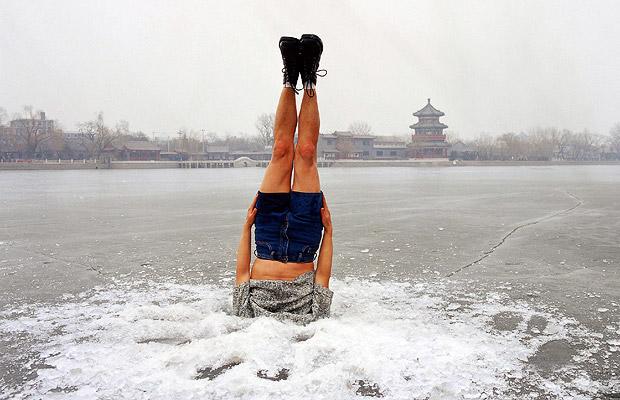 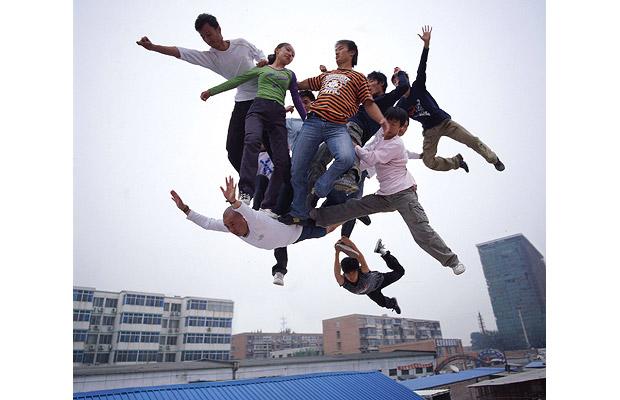 ...and floating mid-air with a bunch of friends perched on his back 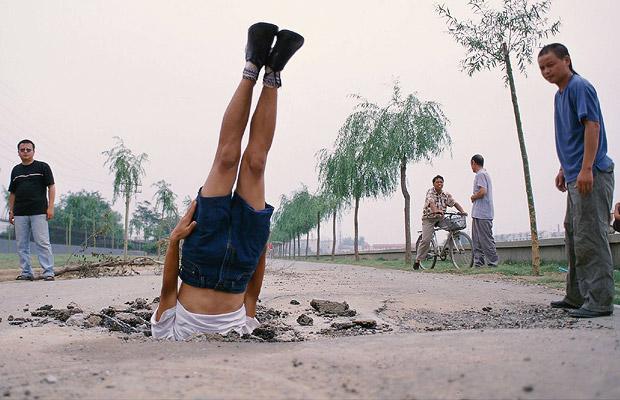 "I am fascinated by the unstable and dangerous sides of art and I hope my works reflect these aspects," he says 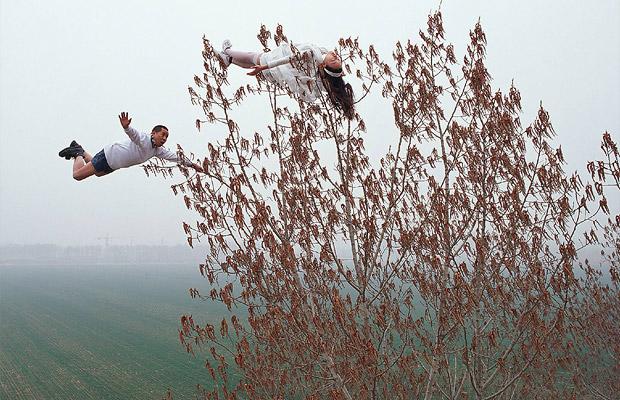 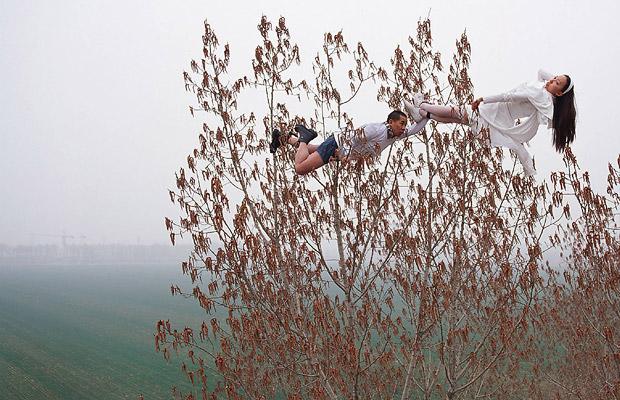 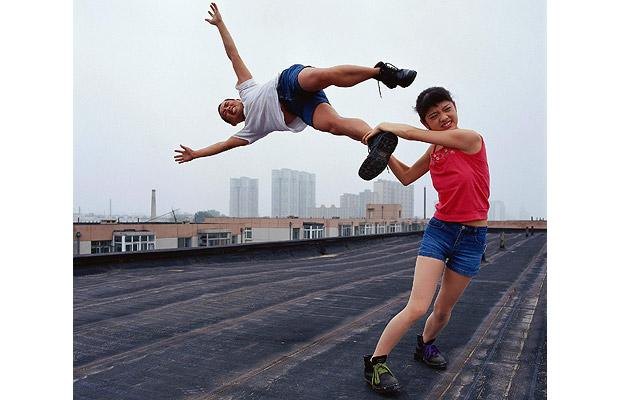