Home » Pictures » The Highest Waterfall in the World Angel Falls

The Highest Waterfall in the World Angel Falls 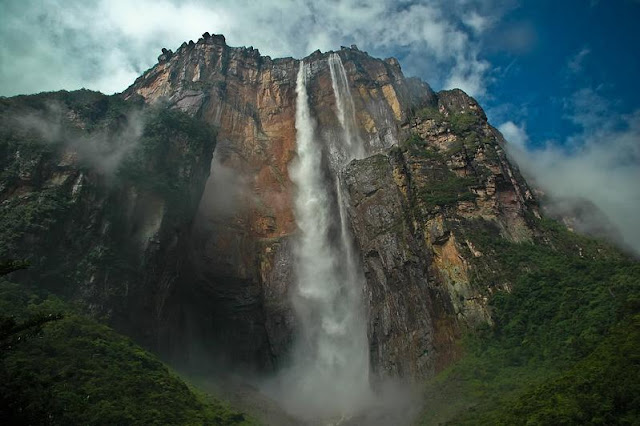 At fifteen times the height of Niagara Falls , Angel Falls is the highest in the world. Just how tall is it? How did it get its name? Did someone seriously BASE jump from the top? Littered amongst the stunning images below you will find the answers. Enjoy! 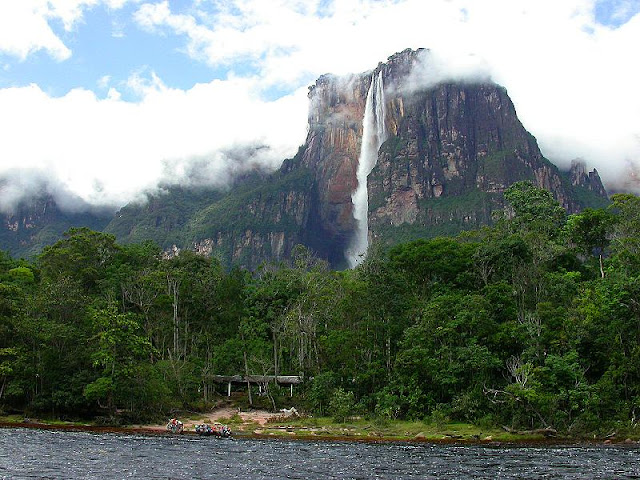 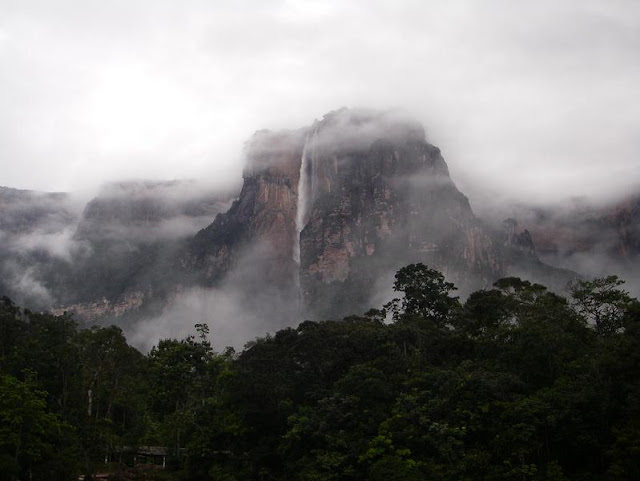 It is located in the Canaima National Park , an UNESCO World Heritage site in the Gran Sabana region of Bolivar State , Venezuela . It is one of the country’s top tourist destinations despite its isolated location 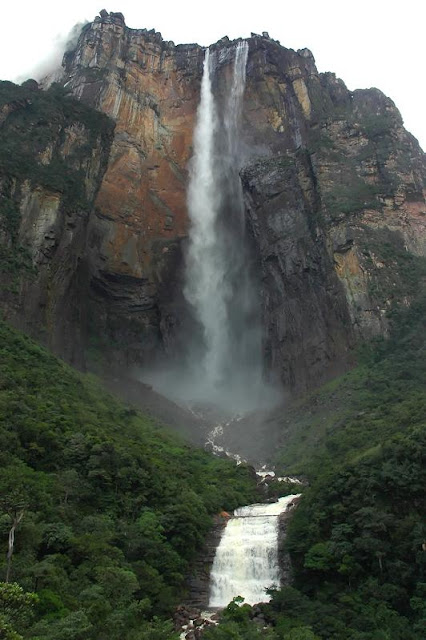 Did you know the height of the falls is so great, that before getting anywhere near the ground, the water is atomized by the strong winds and turned into mist? The mist can be felt a mile (1.6 km) away! 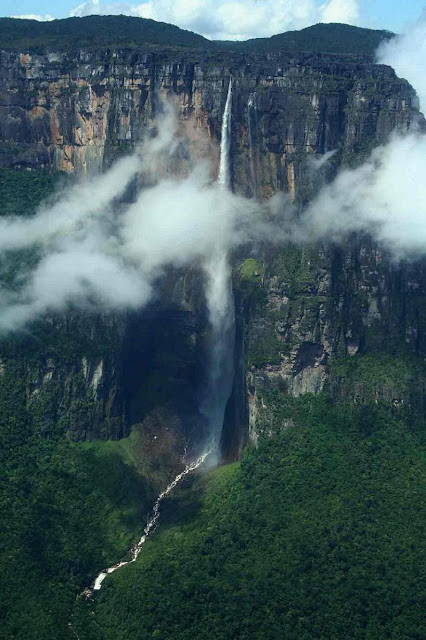 The base of the falls feeds into the Kerep River (alternatively known as the Rio Gauya), which flows into the Churun River , a tributary of the Carrao River 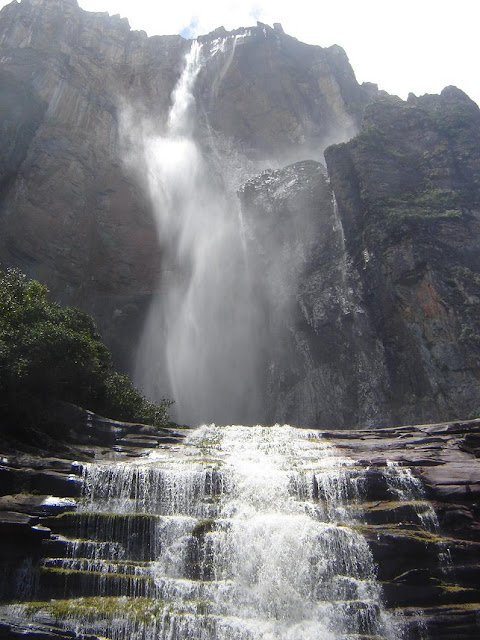 Apparently, the falls were not known to the outside world until American aviator Jimmie Angel flew over them on November 16, 1933 during a flight searching for a valuable ore bed. Returning on October 9, 1937, Angel tried to land his Flamingo monoplane, El Rio Caroni atop the mountain, but the plane was damaged when the wheels sank into the marshy ground. He and his three companions, including his wife Marie, were then forced to descend the mountain on foot. It took them 11 days to make their way back to civilization, but news of their adventure spread, and the waterfall was named Angel Falls in his honor. Angel’s plane remained on top of the mountaintop for 33 years before being lifted out by helicopter. It was restored at the Aviation Museum in Maracay and now sits outdoors on the front of the airport at Ciudad Bolívar. 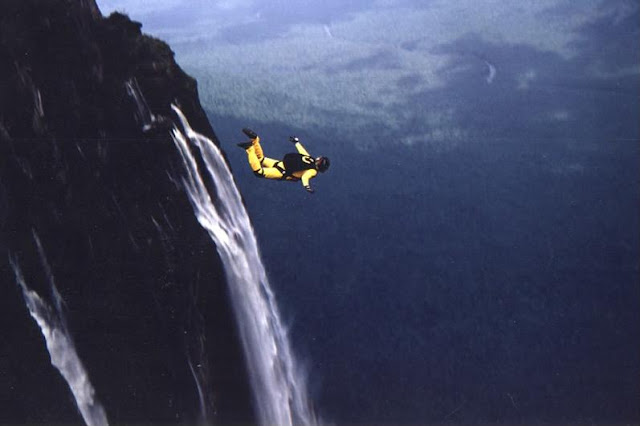 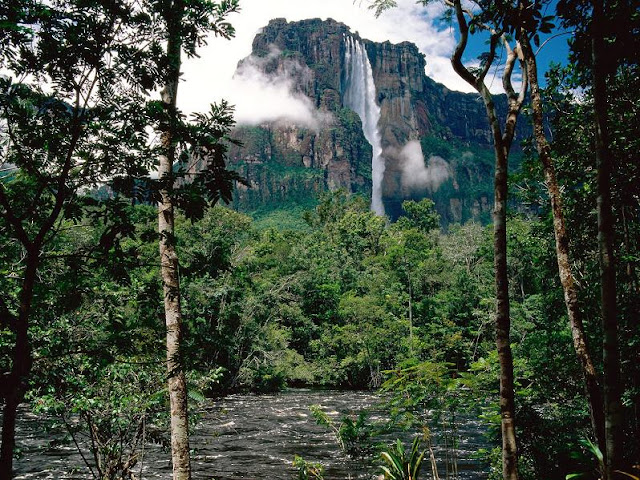