Posted/Updated on February 26, 2011
by Srinivasa Rao M
The world's biggest family: The man with 39 wives, 94 children and 33 grandchildren


* His wives take it in turns to share his bed


He is head of the world's biggest family - and says he is 'blessed' to have his 39 wives.
Ziona Chana also has 94 children, 14-daughters-in-law and 33 grandchildren.
They live in a 100-room, four storey house set amidst the hills of Baktwang village in the Indian state of Mizoram, where the wives sleep in giant communal dormitories. 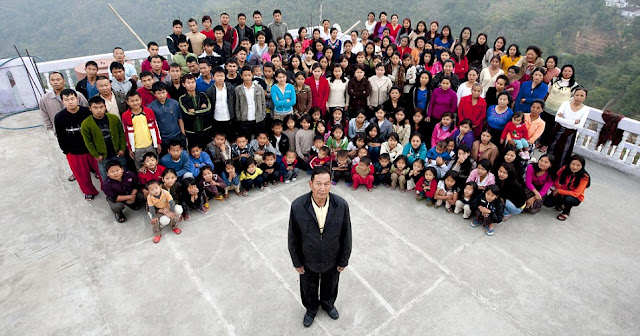 The full monty: The Ziona family in its entirety with all 181 members 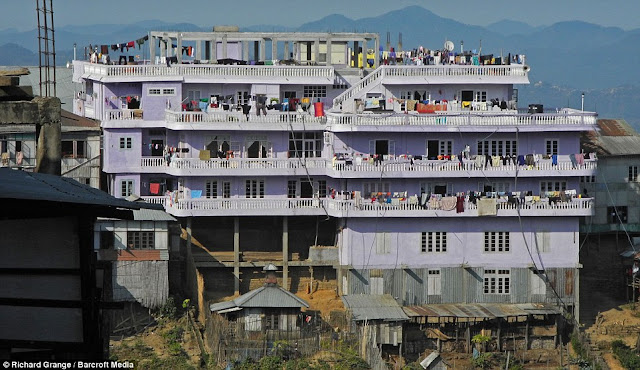 You treat this place like a hotel: With 100 rooms the Ziona mansion is the biggest concrete structure in the hilly village of Baktawng
Mr Chana told the Sun: 'Today I feel like God's special child. He's given me so many people to look after. 'I consider myself a lucky man to be the husband of 39 women and head of the world's largest family.' The family is organised with almost military discipline, with the oldest wife Zathiangi organising her fellow partners to perform household chores such as cleaning, washing and preparing meals. One evening meal can see them pluck 30 chickens, peel 132lb of potatoes and boil up to 220lb of rice. Coincidentally, Mr Chana is also head of a sect that allows members to take as many wives as he wants. 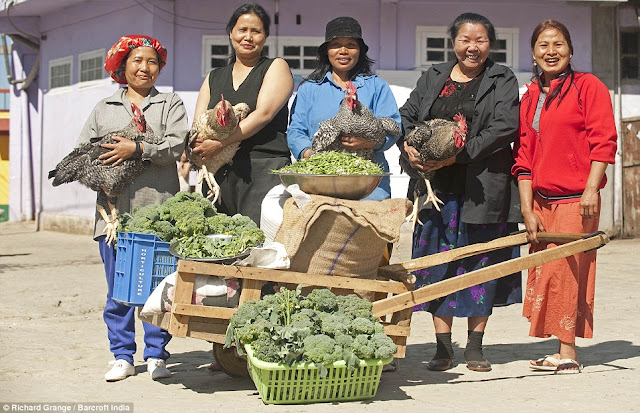 Feeling peckish? The senior ladies of the Chana family show what it takes just to make a meal 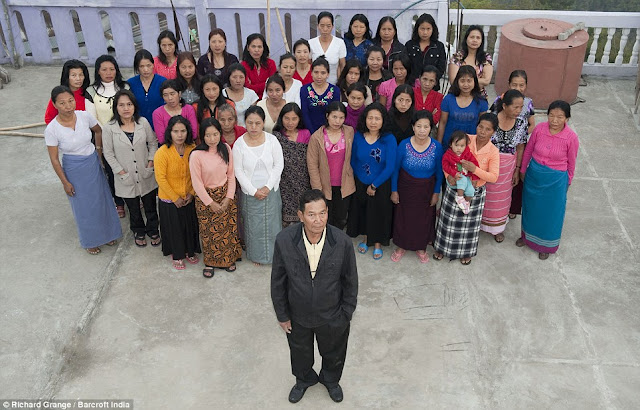 The wives and I: Mr Ziona Chana poses with his 39 wives at their home in Baktawang, Mizoram, India
He even married ten women in one year, when he was at his most prolific, and enjoys his own double bed while his wives have to make do with communal dormitories. He keeps the youngest women near to his bedroom with the older members of the family sleeping further away - and there is a rotation system for who visits Mr Chana's bedroom. Rinkmini, one of Mr Chana's wives who is 35 years old, said: 'We stay around him as he is the most important person in the house. He is the most handsome person in the village. She says Mr Chana noticed her on a morning walk in the village 18 years ago and wrote her a letter asking for her hand in marriage. 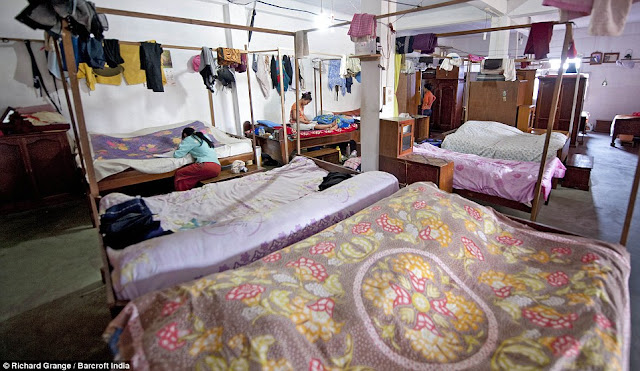 Shared bedroom: A look inside the four-storey mansion, Chhuanthar Run - The House of the New Generation
Another of his wives, Huntharnghanki, said the entire family gets along well. The family system is reportedly based on 'mutual love and respect' And Mr Chana, whose religious sect has 4,00 members, says he has not stopped looking for new wives. 'To expand my sect, I am willing to go even to the U.S. to marry,' he said. One of his sons insisted that Mr Chana, whose grandfather also had many wives, marries the poor women from the village so he can look after them.
By Srinivasa Rao M a la/s February 26, 2011
Newer Post Older Post